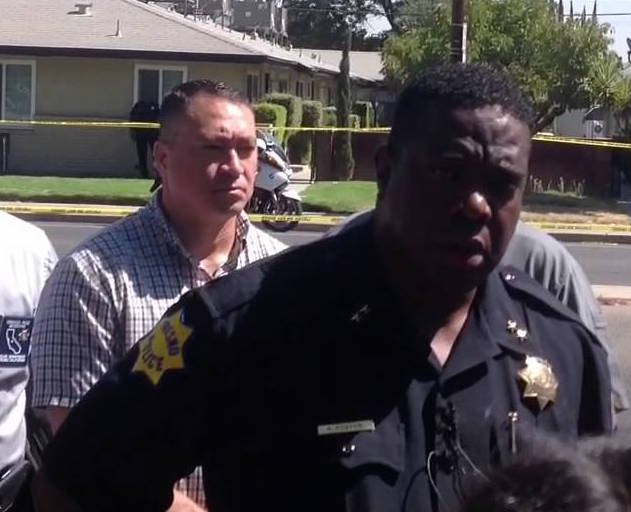 Joshua – CopBlock.org Contributor – blogged about the Fresno CA Police Chief – Keith Foster, who was arrested for selling drugs by the ATF and FBI, oh the irony, and is currently awaiting his day in court. An update from CBS Sacramento whose reporting that Keith has retired, opposed to being fired:

Deputy Chief Keith Foster’s retirement from the Fresno Police Department was effective immediately, his attorney E. Marshall Hodgkins said in a statement. Foster, 51, was among six people arrested last week, ending a yearlong investigation by the FBI and ATF that used wiretaps and surveillance.

“After much reflection, and on the advice of counsel, he has determined that his effectiveness in the department would be severely limited even if he is ultimately exonerated of the federal charges currently pending against him,” Hodgkins said in a statement provided to Fresno Bee.

To catch those up who missed this story when Joshua blogged about it here last month:

….federal agents from the FBI and ATF arrested Fresno, California police chief, Keith Foster, after a year long investigation. The investigation revealed that Foster and several accomplices had been distributing oxycodone, heroin and marijuana. Foster and three others have been arrested for distribution and possession of these substances and more arrests appear likely in the case.

Federal agents had been wiretapping Foster and his accomplices for several months and uncovered lots of evidence that drugs were being distributed, even though they often attempted to relay the details of these transactions in thinly veiled codes that were easy enough to decipher.

These charges have rocked the entire community and will likely continue to do so as the involvement of others is revealed over the course of the next several days and months. The prohibition of drugs in our country continues to ruin lives all the way from the lowliest crackhead to those who vow to uphold and fight the un-win-able War on Drugs.