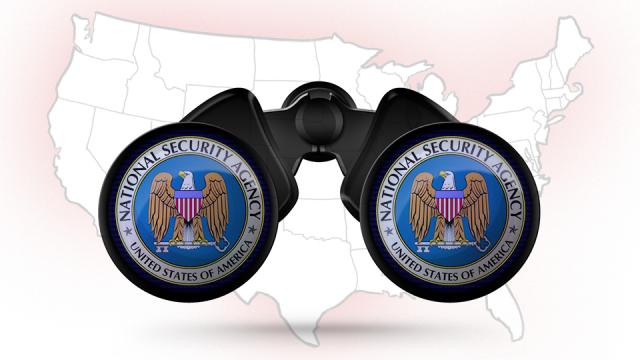 For the sake of argument, let us say one out of every million people is a terrorist (an overestimate). Let us also imagine there exists a machine that can determine whether someone is a terrorist with 99.9 percent accuracy.

What are the odds an individual tested is a terrorist? 0.1 percent chance right?

So the 99.9 percent accurate test will give you the wrong answer 99.9 percent of the time. Seem low? This is what is known as the false positive paradox, and it completely dismantles any possible justification for the NSA’s dragnet surveillance of our phone calls and emails.

The argument was first put forward by Cory Doctorow in his book Little Brother.

“When you try to find something really rare, your test’s accuracy has to match the rarity of the thing you’re looking for,” Doctorow says. “If it does not, then the number of false positives will completely bury the signal in irrelevant garbage.”

The numbers used beforehand are generous. The NSA procedure for identifying terror suspects is almost certainly less than 99.9 percent accurate. Instead, it’s a compete snow job that has yet to produce any significant success.

As Bruce Schneier points out in his new book, Data and Goliath:

In the years after 9/11, the NSA passed to the FBI thousands of tips per month; every one of them turned out to be a false alarm. The cost was enormous, and ended up frustrating the FBI agents who were obligated to investigate all the tips. We also saw this with the Suspicious Activity Reports —or SAR — database: tens of thousands of reports, and no actual results. And all the telephone metadata the NSA collected led to just one success: the conviction of a taxi driver who sent $8,500 to a Somali group that posed no direct threat to the U.S. — and that was probably trumped up so the NSA would have better talking points in front of Congress.

This obsessive focus on dragnet surveillance is obviously more of a distraction for investigators of legitimate terrorism than a benefactor.

Also, any moderately competent terrorist will avoid electronic communication altogether as one would have to be grossly misinformed or brazen to openly express sympathy for terrorism online if they were actually involved in such activities.

This might explain why the FBI has spent so much time of late giving half-wits and the mentally ill fake weapons and explosives they never would have been able to attain otherwise, before arresting them and then patting themselves on the back.

The false positive problem should be the deciding argument against the NSA dragnet. Unless terrorism becomes thousands of times more likely, NSA and other agency techniques are completely useless.

The Guardian reported last month that an average of 545 people killed by local and state law enforcement officers in the US each year go uncounted for in the country’s most authoritative crime statistics.

The new estimate, an average of 928 people a year, means that U.S. citizens are 58 times more likely to be killed by a police officer than a terrorist.