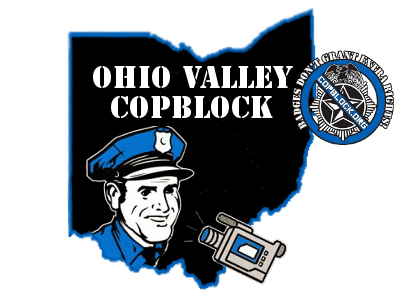 *The following post was submitted via CopBlock.org’s submission tab by Larry Freeman, founder of Ohio Valley CopBlock, and edited by Ademo.*

On Saturday evening, members of Greater Cleveland Cop Block, Ohio Valley Cop Block, Ademo Freeman, and Jason Morrison (Austintown man arrested for filming traffic lights) converged on East 6th St. in Cleveland, to do some outreach and CopBlocking of police interactions. The evening started out slow, as the bar patrons were just getting started for the evening, but it did pick up later.

While walking the crowds, Jason and Deo passed out information cards containing information on protecting yourself when interacting with police, which can be found here via CopBlock.org. Our presence was pretty well received by a large number of people. We were approached numerous times and thanked for what we do. It was awesome to see how many people there were that were already familiar with our work across the U.S. and to see their appreciation for what we do.

We had one officer roll up on us in an unmarked car trying to intimidate us in a dark parking lot. After seeing the cameras on him and his exchange with Ademo, my guess is he regretted it. Ademo chatted up a couple of officers throughout the night and most would not say much. A few cop apologists popped up here and there throughout the night, but our interactions with the public were mostly positive.

The Cleveland bar scene seemed to be pretty well behaved and I do not see the reason for the heavy police presence on one street block. Hats off to Cleveland for being so receptive and for being so candid for our cameras. The attached video is just a sample of our evening.