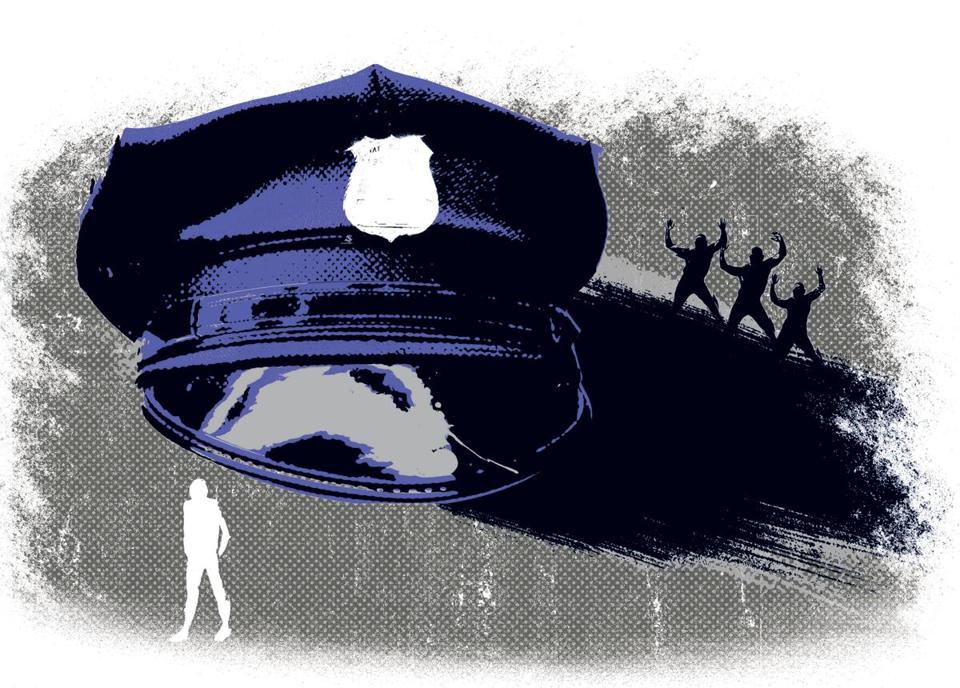 One of the greatest obstacles in illustrating the police state issues is trying to break through the resistance put up by people who are unwilling to be critical of police because they have a law enforcement officer in their family. Hundreds or thousands of times I have watched people respond to obviously immoral and illegal police acts by denying the police issue because “my dad is a cop and he is a good person.” Those people who have a police officer that they love in their family cannot bear to admit that their loved one is part of a system that is inhumane and out-of-control. This compounds the moral shortcoming of the individuals in the police system with yet another. We are responsible for guiding the people we love towards good choices and a moral path. When we refuse to see their culpability in immoral activities, then we bind our own hands against helping them to make better choices.

The problem begins with a simple logical error. To say that “all cops are bad” is not to say “all people who are cops are completely bad.” The fact is that even some of the worst people behind a badge merit love and respect in multitudes of other ways outside of their profession. Almost everybody has goodness and redeeming qualities about them. When we say that all cops are bad, what we mean is that the law enforcement system is so broken that participation in it is bad. Regardless of whether or not a single officer even participates in an immoral law enforcement incident, their participation still validates and assists a system which has failed.

Right now there are undoubtedly innocent men and women cooking dinner for some terrorist group. While these people have never hurt anyone themselves and are only doing something which is good, feeding people, their efforts make it possible for terrorist cells to operate. Without theirs and others efforts to support the terrorist, the bombers would not have the time or resources to bomb cars or blow up hospitals and schools. Everybody who contributes to terrorism or the well being of the terrorists is culpable. Even though I have no doubt that many very good people do little more than cook food, clean latrines or mend uniforms for the terrorists, their efforts make it all possible and it is essentially that in order to peacefully end terrorism that we reach out to these individuals.

The same is true of police. Most of them are good human beings, worthy of love and respect. In order to honor their goodness, we should not defend their participation in bad deeds. We should instead help to steer them away from these deeds. This is what you do for people you love. You do not make excuses for them. You help them to see their errors, so they can grow and prosper as individuals. Love gives you a responsibility to let those you love know when they have gone off track. It is precisely because your cop father or aunt or grandpa or wife is a good person that you owe it to them to illustrate how their activities are not in line with their goodness.

“All that is necessary for the triumph of evil is that good men do nothing.” – Edmund Burke It is possible to be both a good person and a bad cop. But eventually any LEO may be forced, in the line of duty, to take part in an action which is so immoral it threatens their goodness as an individual. It is the duty of those who love them to help prevent that from happening. We are the people tasked with watching the watchmen. It is our difficult task to bravely face those we love and tell them when they have made an error in judgement. It is our job to break through the social dogma and momentum and have the courage to tell somebody whom we love and respect that they have chosen the wrong path and to show them how and why. For every single LEO, there are dozens or more people who love them. While the police may be directly guilty of trespasses against justice, reason and humanity; each of us is also guilty every time we succumb to denial or cowardice. If we all talked to our cop uncle or daughter about their choices, we could easily begin a trend in which no more good people ever chose to wear a bad guy’s badge.

“Justification is the enabler of cowardice. People are cable of abominable acts as long as they can justify it to themselves.” – Chris Brady

The first step is with you. You must stop being in denial. Your love for the individuals in law enforcement makes you directly responsible for understanding the problem, so that you can help prevent those you love from being part of it. Denying that being a cop nowadays is bad, is just a way of denying that you are a coward, who refuses to stand up for the truth, even when it means saving the morality of those you love. You are not honoring and protecting those you love. You are enabling them. In the same way a wife might enable her husband, who is a good man but a bad drunk, the families of police have enabled the inhumane mess that we are in.

The problem is growing rapidly. Everyday the police commit acts of murder, rape, theft and any number of atrocities we do not condone outside of their profession. Unless you are okay with those activities, you must see how critically important it is that we address the situation as soon as possible. We are no longer defending good men and women, we are defending men and women who contribute to murder, rape, theft, and a host of other atrocities; even if indirectly. We no longer have the comfort of moral relativity or ethical wishy-washiness.

The landscape is changing quickly and a critical mass is coming in which it will no longer be possible to be a LEO and a good person. The moral tide is coming in and those you love are standing at waters edge facing away. Will you stand up and warn those you love, or will you leave them to be sucked under because you didn’t want to personally spoil their day at the beach?

It is becoming more and more clear that cops are resisting this message. Our ability as activists to make a difference is not by enlightening the police directly. It is our task to enlighten you, so that you can use this information to help those you love to sever ties with the growing malignancy that is our legal system. I will be sending this article to my cousin, who is a LEO. Growing up he was among the sweetest and most caring people I knew. He still is. He has a heart of gold and his intentions are in the right place. But his actions are not. He will not be happy with me for doing this. He may not speak to me for a very long time. Yet it is my hope that I can help save him from a path which inevitably leads to immoral actions. He is too good of a person and too important to me not to do this. I hope that you have just as much respect for those that you love who are LEO’s and show it by sharing this article with them and discussing the larger problem in its entire context. If we all do not do our part, it is not the police who will destroy our moral and ethical fabric, but ourselves.