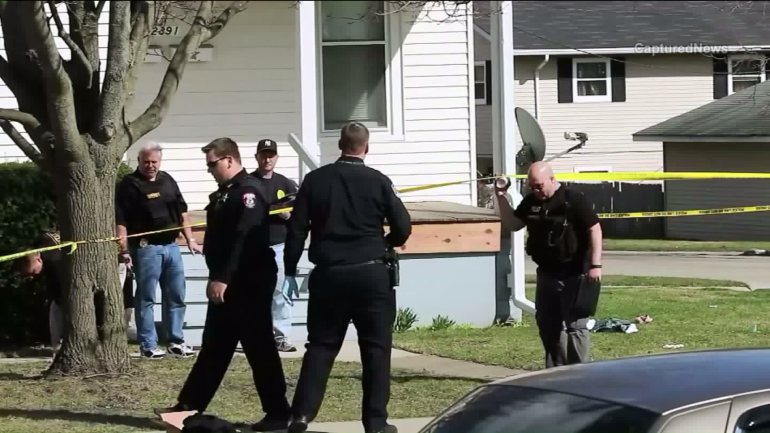 In what seems to be standard police policy these days, the Zion (Illinois) Police are keeping their pig lips tight regarding important details regarding the shooting death of a 17 year old over the weekend. What’s known now is that an officer shot and killed Justus Howell, shooting him twice in the back. One of those bullets penetrated his heart, spleen, and liver and he was pronounced dead upon arrival at the local hospital.

What’s unknown is why Justus was shot in the back, which officer shot him, and the status of that officer at this time. Of course, the police are claiming they received a call about shots fired – yet no 911 tape has been released, that Justus had a gun – a claim with no proof (at this time), and that he ran when police tried to make contact with him. The Chicago Tribune is reporting that police were in a gunfight with Justin as well, though that’s not mentioned in the WGN.com story; only that a gun was found.

Zion police issued a statement Saturday saying the shooting occurred after they responded to a caller who reported hearing a single gunshot during “an argument or fight” on Gilead Avenue at about 2 p.m. When police arrived, a male subject ran from the scene, prompting a foot chase.

An unidentified officer “was involved in a shooting with this person” at 24th Street and Galilee Avenue, according to the police statement, which also indicated that a handgun was found at the scene.

This seems all too familiar. Claims of shots fired, someone runs from police, that person is shot in the back by police, and the only survivors – the cop(s) – claim that the deceased had a gun (or used a gun). Even if the shots fired and the fleeing from an officer claims are accurate, why was this kid shot in the back? That’s just the top of the long list of questions to come out of yet another police killing. Since the deceased can’t talk, the officer should. The 911 call, the dashboard camera, and whatever other materials should be made public as quickly as possible. The police have no problem doing this while they seek killers, so why don’t they do this when their own kill? Oh yeah, because this is what a police state looks like and in the USSA you’re only innocent until proven guilty, if you’re a cop.

See video from the news report below: