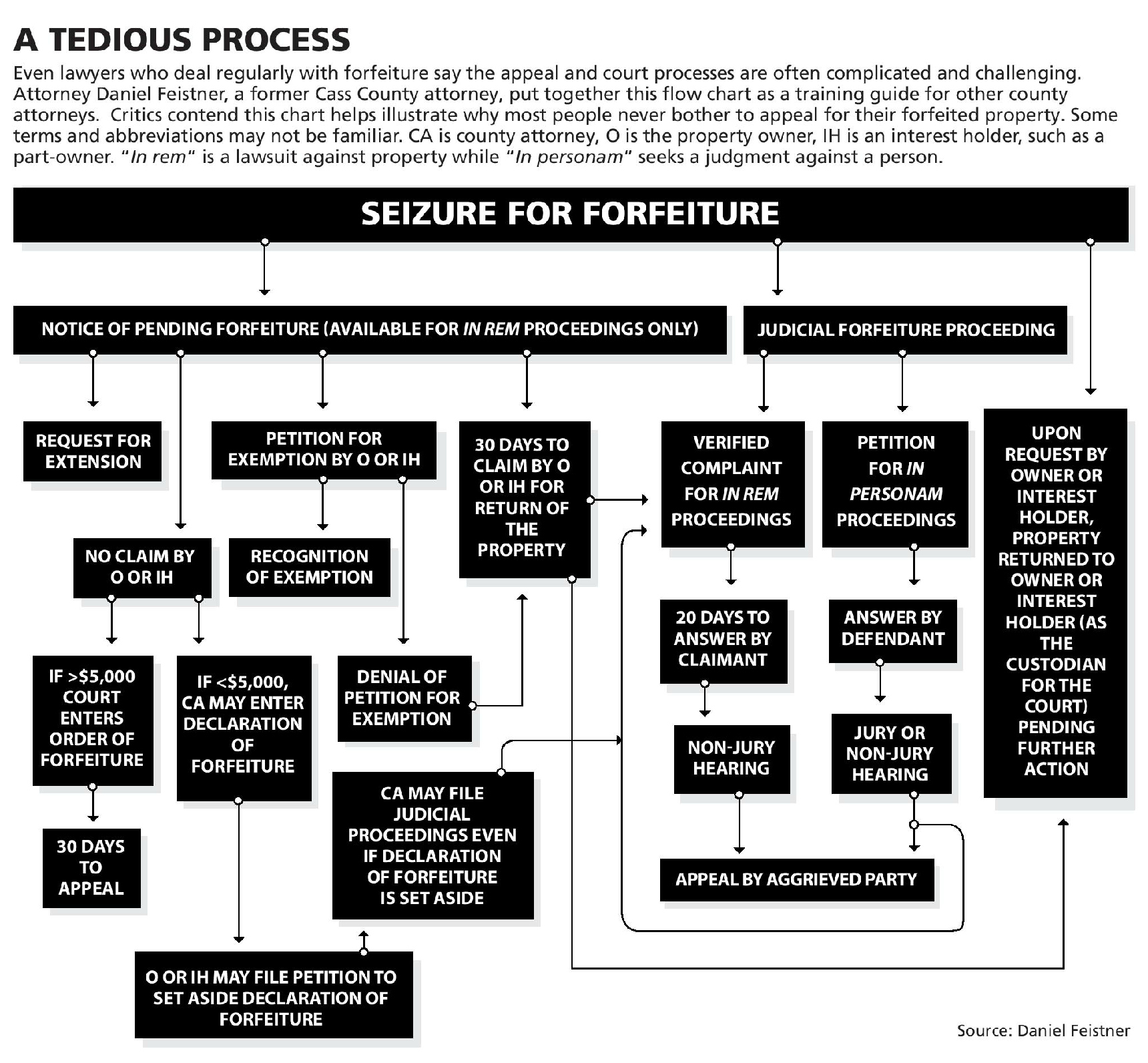 In a recent investigation into the asset forfeiture laws of Iowa and how they are being applied, the Des Moines Register has uncovered some very disturbing facts. These are some of the Registers findings:

• Law enforcement agencies in all but seven of Iowa’s 99 counties have used the state’s civil forfeiture law since 2009. They have seized cash or other property 5,265 times. At least 542 more cases have used federal forfeiture laws.

• Many of those property owners — including Sanchez-Ratliff (see video below) — are sent on their way after surrendering their cash or other property. A sampling of about 600 forfeiture cases from the Iowa counties that seized the most property over the past six years revealed dozens of instances with no record of an arrest or criminal charges.

• Iowa police departments and other law enforcement agencies have seized nearly $43 million over the past six years — money divided among agencies involved in each forfeiture case. Under law, the money is supposed to be used to “enhance” their crime-fighting capabilities.

• Most of the money is used to buy equipment, train officers and fund multi-agency task forces. But it also has been spent on tropical fish, scented candles, mulch and other items that appear to have little or no direct link to law enforcement activities.

The Institute for Justice in Arlington, Virginia did a nationwide study and concluded that Iowa had one of the worst systems in the country for protecting innocent people against asset seizures. To make things worse, it has become nearly impossible to retrieve one’s seized property, even if the person whose property was taken is never charged with a crime. The legal system is an expensive process which nearly ensures that the average citizen, especially those who have had their savings seized by law enforcement, is unable to fight this monstrosity in Iowa’s broken justice system.

Proponents of the forfeiture laws claim that it is a powerful legal tool for fighting crime or crippling known criminals whom law enforcement cannot pin reasonable charges on. This is not law enforcement. This is a cat and mouse game created by a too-big to fail mafioso that extorts citizens in order to continue its unjust, immoral, and unconstitutional activities against the citizenry. There is no legal wrangling or jiggery-pokery so infuse that it can hide the fact that this system is indeed one of legal thievery. National, local and state forfeitures have all begun coming under more and more scrutiny as police misconduct continues to make national headlines and the system of policing for profit is becoming understood as a key factor in out-of-control law enforcement agencies across the country. It happens in New York and Iowa. It happens in big cities, small towns, country highways, and everywhere else police have turned their attention to profit and job security rather than public safety and protection. And the problem has been recognized in every political arena from Conservatives to Liberals to Liberty-Minded Independent Media.

Forfeiture violations cannot be ignored by any ideological class. The moral and ethical implications as well as the legal and constitutional ones are of concern to all peoples. Even those who worship at the altar of law and it’s enforcers must see that this theft is incompatible with a just legal system by and for the people. Asset forfeiture is nothing more than common thuggery. Armed jackboots committing theft against those who have less power than them simply because they can. Not because they have the moral or ethical right, but merely because they have the greater amount of force with fewer scruples to prevent them from such atrocious and barbaric behavior. Yes, Des Moines Register, it is indeed a ‘System of Legal Thievery’.

Read more of the Des Moines Registers investigation and story:

And check out the video below of Michael Sanchez-Ratliff whose life was nearly ruined by a badged bully in Pottawattamie County, Iowa who decided to steal his life savings for the suspicious crime of traveling five miles per hour over the speed limit.