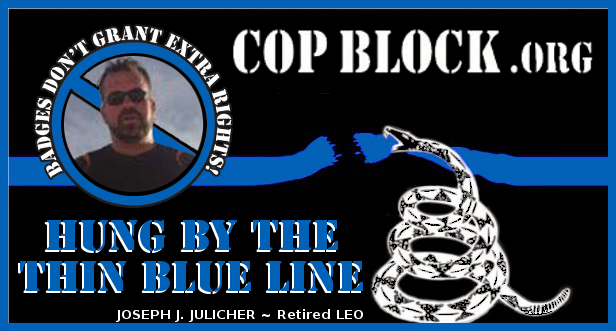 Today’s post is another situation that I did not think would be part of this blog; current events. If you are reading this, I’m assuming that you are aware of the event in South Carolina that leaves an officer charged with murder. I will make a very brief commentary on that, and then want to expand on a point or clarify some things that I have received negative feedback upon.

In short, the video we have all seen looks horrific! I was sickened by what I saw. With that said, I wasn’t there and I can’t begin to speak as to what was going through that cop’s head. What I will say is this; I have gone through “shoot don’t shoot” simulation training. Had that video been playing as a simulation, I cannot for the life of me imagine why one would fire their weapon under those circumstances! I hope that doesn’t sound vanilla or non-committal, but I think it is a fair assessment of the situation. Now, if that cop did, in fact, recover the taser and then drop it more closely to the victim; that’s outright disgusting. That would be a tacit admission that he knew that he had fucked up, and needed to cover his ass!

As far as the second officer to arrive on the scene, I have read many people expressing condemnation of him. I CAN add much commentary on his position and reaction. You see, this man had just arrived on a scene that was probably overwhelming to his brain. I’m going to hasten a guess that he had not heard whatever radio transmission that the shooter had just broadcast; most likely information about “shots fired”. Here the second officer walks up to what he thinks was backup and assistance on a traffic stop, yet he’s met with a suspect prone on the ground, in handcuffs, and is processing the fact that he’s been shot. Those are stimuli that most likely overloaded his brain’s capacity to process thoroughly. Instinctively, he does reach down to the suspect/victim, attempts to ascertain a pulse, and then looks quizzically at the offending officer, as if to say “Why are these cuffs still on him and why in the hell are you not rendering assistance to him?” Commentary has suggested that the second officer had seen the offender “drop” the TASER to set the scene. I cannot refute or support that, but only provide some insight, having been involved in similarly chaotic scenes. I’m willing to bet that the second officer did not have any idea, nor did it even register to him, what the first officer was doing. I’m certain that he did not make a photographic imprint of the ground surrounding the suspect/victim’s body, enough to discern whether the TASER was on the ground when he arrived, or was placed there later. To condemn him, at this point, as being “part of the cover-up” would be wholly irresponsible, in my opinion. We will have to wait until the facts and circumstances of a thorough investigation are prepared and released. Why have I taken a turn to provide commentary on my blog, which is more or less, a self-publication of a book that I’m writing? To address similarities in current day’s events to circumstances that I have personally been involved in, as well as previous statements that I have made. When I started this blog, it was in direct response to questions that I had heard raised after other recent events “Where are the current and former cops, and why aren’t they speaking out?” My response was and remains, “Because when (if) we do, we subject ourselves to the ramifications from stepping over the thin, blue line”. Over the years, doing web searches, I was astounded to see how many (former) officers had stories that mimicked my own. I used (former) since it is incredibly common that many of these whistle-blower officers ends up suspended, terminated, or resigns due to pressures. The pattern of response is VERY consistent; marginalize the message by marginalizing the messenger. The first order of business was to cast the officer in question as a disgruntled malcontent, and a problem employee. The next step was to create an illusion of disciplinary problems, whether or not history had shown there was one. The most sinister step in the process was to then attempt to DESTROY the officer’s credibility by making claims of mental instability. If that didn’t work, then they would move on to the next step of making drug-use accusations. The last weapon in the bag was time, buoyed by the deep pockets of a municipality. You see, police administration is playing with “house money”. The legal fees are being picked up by the municipality, while the officer is left to defend himself out of pocket. In my case, I had NO INCOME coming in, from the only profession that I was qualified to work in. They stretched my proceedings out over five years, in an attempt to bleed me dry, so that I would have to abandon my claim. Somehow, I had to figure out how to pay my bills as well as my lawyers! I had owned two homes; one I lived in and a rental property. During this fight, my rental went into foreclosure because I couldn’t pay back a home equity loan that I had taken out. When word got back to the station, one of the supervisors involved LAUGHED OPENLY when he heard the news; he actually thought it was the house that I lived in that was under foreclosure. This fucking scumbag thought that it was FUNNY that my wife and children were at risk of losing their home! And for what? So HE could participate in a cover-up, and be rewarded with further promotions for being “one of the boys”? Eventually, we had to sell the home we occupied and move back into the rental, modifying the loan with the bank. FIFTEEN years after I originally bought the house, I essentially bought it back from the bank for a price five thousand dollars more than the original purchase price! Unreal! Like I have said, my financial world has been decimated by these turn of events.

I watch these current events with tremendous sadness. Not dissecting each individual case by its specific merits, but looking at them collectively and globally to see a common thread running through them. There is a reluctance and perception of cops versus the general public; “us” against “them”. When you bring race into the mix, it becomes inflammatory. It seems that there is a tremendous predisposition by police against some minorities. It is this heightened sense of “presumed guilty” that is apparently contributing to these recent conflicts and confrontations. Unfortunately, it also seems that the level of violence (often, on BOTH sides of the transaction) is dramatically increasing. People are emboldened in conflicts with the police, and police react with the use of force continuum that we were all trained with; plus one. Everyone has heard the old axiom “never bring a knife to a gunfight”; a suspect presents hands, cops present a baton. A suspect presents a knife, cops present a gun, etc. Well, lines have been blurred; cops aren’t always the good guys, so you don’t have to obey them and can resist them. When cops see that resistance from a subject that they hold a preconceived notion, concerns (“fears”) are heightened, and the escalation of force can happen exponentially. It seems that the “use of force continuum” has been abandoned, or condensed.

Taking points that I have made in the preceding paragraphs, I refer back to a phrase that I had used at the introduction to this blog “products of a broken system”. Collectively, absolute power bestowed upon police administration, the silence of the thin, blue line, and an undercurrent of predisposition upon minority youth is the broken system that I had referenced. So, revisiting the question as to why no cops speak up? Because when they witness their peers, their comrades speak up for something that they KNOW to have occurred, that they KNOW to be unjust, they watch as that officer’s life is turned upside down and inside out! Being subjected to professional criticism, accusations against mental health, allegations of drug use, and financial decimation do not sound appealing to the average, rank and file officer, so they look at their boots, go along and get along, and keep their mouths shut! If this sounds akin to a battered wife, you’d be correct!

Nineteen years ago I was witness to a situation that was wholly unacceptable. I succumbed to the pressures of the thin, blue line, and kept my mouth shut, as expected and instructed to. When that same officer was involved in yet another racially motivated abuse, I immediately spoke up. That incident fell upon deaf ears. I was too naïve at the time to understand that I had options OUTSIDE of my chain of command or even department. When that finally came to a head eight years later, I dug in, stood my ground, and got kicked in the teeth for it. Ten years after these events came to a head, I am STILL attempting to unwind the financial destruction caused by the offenders. So far, it is a losing battle! 99% of people left in this position would have declared bankruptcy years ago; my encore career does not allow me that option. I want that to mean something. I want that to resonate. It can’t just be that they “got away with it”, and all of this were for naught. I want people to understand that there are some really, really intelligent, decent people patrolling the streets at night while you sleep comfortably, with your front doors unlocked. Many of these men and women bear scars on their consciences because of a system that is broken. They suffer in silence, feeling like they have no outlet. Worse, when someone tries to step out and speak out, they watch as they are “dealt with”.

That system HAS to change. Something has to be done about the absolute power. Whistle-blowers need to be revered for their “bravery” rather than condemned for their truth. Maybe speaking mine can start a conversation, or resonate with some young cop.

Read all of Joseph’s post featured here at CopBlock.org by clicking HERE.

KILLER COPS: HOW TO COVER UP A MURDER ON DUTY, AS PRESENTED BY MICHAEL SLAGER by Georgia Sand