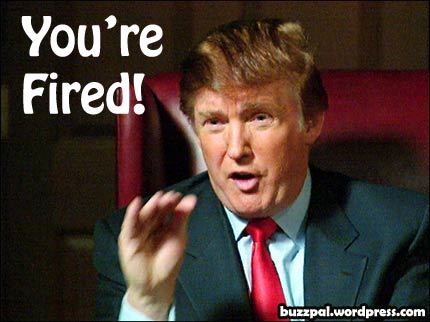 News coming out of South Carolina from WYFF:

A North Charleston police officer charged with murder in the shooting death of 50-year-old Walter Scott has been fired from the department, according to North Charleston Mayor Keith Summey.

The parents of a Walter Scott, who was fatally shot while fleeing a police officer, call the shooting horrible, with his father saying it looked as if the officer was trying to “kill a deer running through the woods.

Summey and Police Chief Eddie Driggers held a news conference Wednesday to discuss the latest in the shooting investigation.

The murder charge against Slager came after video surfaced of the shooting.

Police said the video shows Slager shooting Scott as he ran away from the scene. The video appears to show Scott running away from Slager, then Slager firing multiple rounds at Scott.

George Sand wrote, “Killer Cops: How to Cover Up A Murder; As Presented by Michael Slager” regarding this case and below is part of that post:

In a surprising turn of events, North Charleston police officer Michael T. Slager has has been charged with murder for the homicide of a suspect while on duty.

A video filmed by an anonymous bystander depicts an interaction between Slager and the victim, Walter Scott. The video depicts Mr. Scott struggling briefly to free himself from Slager’s reach. He seems to be slapping Slager’s arm away or knocking something out of the officer’s hand; he then quickly turns to run away. As he is running with his back toward Slager, Slager immediately draws his weapon and begins firing in rapid succession. When Slager starts firing, Mr. Scott is probably more than 15 feet away. Slager fires 8 times, killing Scott. Mr. Scott’s family reports he was hit five times – four times in the back, and once in the ear.

The anonymous bystander is silently filming the entire incident while standing at a distance, unbeknownst to Slager. The bystander remains quietly hidden (with the exception of an occasional utterance of swear words), and his video reveals the cold-blooded and calculating manner by which a police officer attempts to get away with murder. Eerily, the almost seamless way in which Slager approaches the murder scene he has just created suggests he was acting per protocol and training.

Slager looks over his shoulder, appears to survey the area (perhaps for witnesses), and calmly approaches his victim while reporting “shots fired” over the radio. He then loudly orders Mr. Scott, or likely his lifeless body, “put your hands behind your back!” and handcuffs the victim, who by this time is unresponsive. Slager jogs back to where the altercation first escalated some distance back, picks up an object that had fallen on the ground, possibly his own taser, then eventually drops it next to Mr. Scott’s dead body, ostensibly to corroborate what would be the typical defense – that the victim attacked him, and caused him to fear for his life. Another officer arrives toward the end of the video. (FINISH READING ARTICLE HERE)

Additonal Post via CopBlock.org regarding the Killer Cop: Slager;