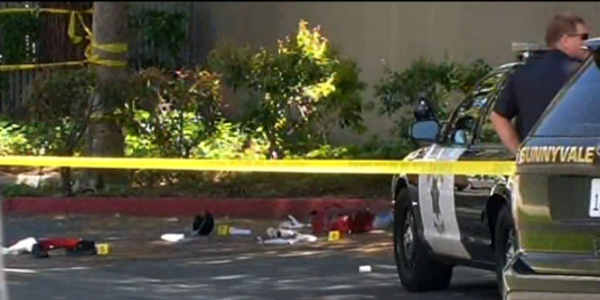 Around 11:00am Wednesday, Sunnyvale PD got a 911 call saying a man had robbed cigarettes from a liquor store, using a knife to threaten the employee. When an unnamed officer arrived, he saw a man running from the back of the store. In the audio you can hear the officer stating that he “has a knife in his pocket”, he then demands the man to get his hands out of his pocket once, after which shots were fired.

Not much information, including the names of the man, who died at the hospital, or the officer, who shot him, has been released, thus far.

Via ABC7 in San Francisco:

Deputy Chief Dave Pitts with the Sunnyvale Department of Public Safety had this to say, “We’re still investigating exactly what went down in the alleyway, but the officer contacted the suspect, the shooting occurred, and a knife was located at the scene.”

An internal investigation is being done and the officer, alone at the time of the shooting, has been placed on paid, administrative leave.