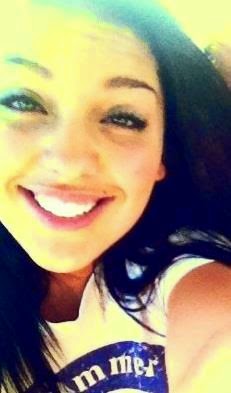 On March 17th, 2013, a viral account of police brutality was made public. Brooke Russell, 16 yrs. old, committed suicide with a gun in a Joplin, MO park near her home. When Brooke didn’t come back, after telling her family she was going for a jog, her mother, Julissa, called her husband, Kevin and son, Brant. They all met at the park and discovered Brooke, still alive, suffering from a self-inflicted gunshot wound to her head. When the family called 911, dispatchers told them to meet EMT’s and police at the Joplin Police Department.

When the family arrived, the EMT’s helped them transfer Brooke onto a gurney. When placed on the gurney, the EMT turned to the family and asked what had happened. After making that move, Brooke fell off the gurney onto the floor face down because the EMT had not strapped her down. Kevin Russell began to get agitated and said, “Do your f***ing  job, come on, let’s get her to the hospital!” The EMT then put his finger in the father’s face and said “Calm down, Sir.” Kevin, over and over again said, “What’s going on? Please get her to the hospital!”

After tensions began to heighten, the two police officers, Tyler Christensen and Austin Wolf, began pepper spraying Kevin and his son, Brant. Brant fell to the ground and one of the officers put his knee into his back while saying, “Get up, or I’m going to tase you!” The two officers then proceeded to arrest Kevin and Brant, while Julissa wasn’t even allowed to ride in the back of the ambulance with her dying daughter.

Kevin and Brant were handcuffed by Christensen and Wolf, to a bench in the Joplin Police Station. They were held for a total of three hours, while Brooke was dying at the hospital. The officers charged both Kevin and Brant Russell with “Disturbing the Peace”, “Obstructing Justice”, and “Assault”. An older police officer at the station was finally able to uncuff the two and “allowed” them to shower. They were then released.

Upon his arrival at Freeman Hospital, Kevin met with a chaplain from the hospital, as well as his mother-in-law, father-in-law, and brother-in-law. He looked at his wife and asked, “Is she alive?”, to which she then shook her head “No.”

The family still grieves at this day. Because of the charges, Brant Russell was denied entry into the US Military. An officer from the Joplin PD called his recruiting agent to report he was “unfit to serve.” Kevin was ordered, by the County Prosecutor to take anger management classes, although he was stable, considering the situation he was in at the time.
View the Original News Video Below

The County then hired a Prosecutor from Lamar, Missouri to take the case so nothing looked as if it were “based on prejudice”. It has taken two years, but the Russell’s have finally had all charges dropped against them.

On April 6, 2015, a $65,000 settlement was made between the family and the city. The US Western District Court of Missouri filed a Case of Dismissal with the family’s attorney and the City of Joplin.

As this story unfolds, we are faced with two questions: Why did Brooke not get strapped down on the gurney? Why did the Police and EMT have to meet the family at the Police station instead of going straight to the hospital that day? These two questions we may never know the answer to, and an apology has yet to be made by any party involved.

If you feel that the actions made by the Joplin, MO Police Department, and the city employees were unjust, please let them know, so this may never happen again.
May Brooke forever rest in peace.

This article was submitted by Deidra Ritchhart of Southwest Missouri Cop Block, via the CopBlock.org Submissions Page