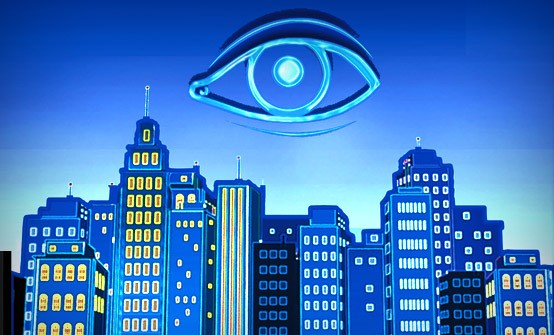 The Chicago police department is still refusing to release information regarding the covert cell phone tracking systems it uses, despite three lawsuits filed by privacy advocates.

According to a press release from the the civil rights law firm Loevy and Loevy, the State’s Attorney has “willfully and intentionally violated FOIA by refusing to produce records related to the presentation of evidence obtained through use of cell site simulators on the basis that it would be too ‘burdensome’ and is insufficiently important to justify the work involved to produce the records.”

The Chicago Police Department is one of 48 known law enforcement agencies in 20 states employing cellphone surveillance technologies such as Stingray, to collect data from phone calls, texts and more.

According to a six-month investigation, the department bought their first Stingray in 2005 and has since added on upgrades such as AmberJack and KingFish, which pinpoint individual phones and analyze call patterns.

According to the investigation, in addition to cell phone tracking technologies, the department has spent millions on equipment which includes facial recognition software, license plate readers, one of the world’s largest networked systems of cameras and upgrades to web-based record keeping systems.

The investigation found that the technologies were primarily being deployed to monitor communities of color and activists and protests. 88 percent of squad cars equipped with license plate scanning technology are assigned to districts with majority non-white populations, the investigation found.

In addition, the report found that 90 percent of Police Observation Devices are located in communities of color, mostly on the south and west sides. These “POD” cameras, pictured above, are devices posted on street lamps and in other public areas marked by blue flashing lights. Many citizens call them “virtual deputies.”

The Chicago Police Department has spent $120,332 in legal fees fighting Martinez’s lawsuits to obtain more information about cell phone trackers, and has a rich history of stonewalling FOIA requests.

Late last month, a lawsuit was filed on behest of the same civil rights organization against the department for continually refusing  to comply with requests geared towards gathering evidence about the alleged perjury of two officers accused of lying under oath.

According to that suit, Officer Allyson Bogdalek confessed to Cook County State’s Attorneys that she committed perjury, destroyed evidence, and conspired with her partner, Officer Dominick Catinella, in the criminal case of State of Illinois v. Ranceallen Hankerson.

Neither officer faced criminal charges or disciplinary action, and the State’s Attorney’s Office continues to flee from transparency.

“A culture of secrecy leads to abuse,” Martinez said. “This lawsuit is a step toward understanding how evidence is gathered and whether the means by which it was obtained is being kept from the accused and the public.”

The CPD and the State’s Attorney’s Office have both defended denying the requests or only providing partial documents on the basis that it would be “too burdensome.”

“The public can’t perform its duty of monitoring government or protect itself from Constitutional violations when law enforcement continues to hide virtually all details about this technology and when it’s being used,” Martinez’s attorney, Matt Topic said.

The Fifth Circuit Court of Appeals however, ruled last year that individuals have no reasonable expectation of privacy over their location data. The decision states that location data is a “business record” created by private companies with the implicit consent of cell phone users and therefore are not subject to privacy protections.

A ruling in June of last year, from the 11th Circuit Court of Appeals, contradicted that ruling finding that police “must obtain a warrant before collecting cellphone location data.” The opinion affirms that acquiring records of what cell towers a phone is connected to, and when it was connected to them, constitutes a Fourth Amendment search.

In its reasoning, the court noted that while the Fourth Amendment has traditionally been applied to property rights, it’s gradually expanded to protect much more, including communications.

While the 11th Circuit ruling can’t overturn the Fifth Circuit ruling because of their separate jurisdictions, it adds critical precedent to a privacy question that’s still far from decided across the country.

The ACLU has identified 48 agencies in 20 states and the District of Columbia that own stingrays, but because many agencies continue to shroud their purchase and use of stingrays in secrecy, much is still unknown regarding the use of stingrays by law enforcement agencies nationwide.

To see the police departments in your state that have been documented using stingrays CLICK HERE.