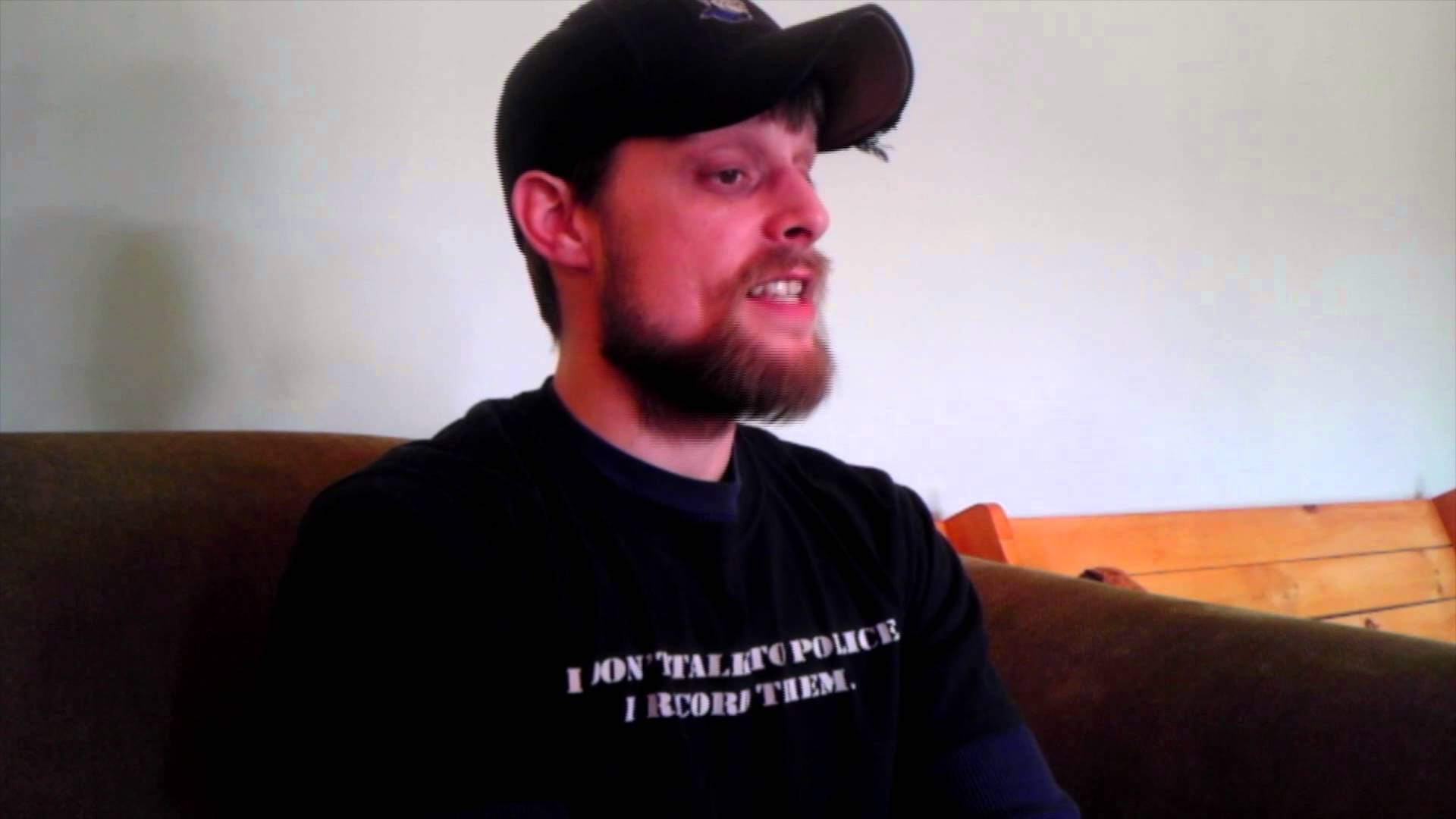 SHORT OVERVIEW: Thanks to the many calls, logical thinking of Judge Joseph, and the planned efforts by those here in Ohio, I was released from jail after one day of incarceration. There is no doubt in my mind that I would have remained in jail for 5 days, if it weren’t for the calls to the jail and judge, coupled with a weekend of CopBlocking and the Monday AM protest. This further highlights how folks working together to apply public pressure and bring attention to issues/situations can lead to results much faster than the justice system. I’m absolutely grateful to each and every person who made an effort to help persuade my captors into releasing me.

EXTENSIVE OVERVIEW: Yesterday, I was being held in ‘contempt of court’ by Judge Joseph, of the Zanesville Municipal Court System, because I said, “That’s ok, I’ll sue you like I did the last mother fucker who locked me up for this.” Read this blog post by DEO (edited by Kelly) yesterday, with my Bambuser videos of my arrest and experience with the bailiff. This morning, around 10 am, a corrections officer came to my POD and instructed me to come with him. When I got into the hallway I asked, “What’s up.”

“The judge wants to see you” said the CO.

I was then shackled and taken to the first floor to see the ‘Judge.’ Before we reached his chambers I asked the CO escorting me, “Are you sure you’re not taking me to the basement to jack me up?” The CO that took me from my POD said, “Nope, if I were going to do that I would have done it already. I would have stepped on your shackles on the stairs.” So, that was nice of him to be so honest with me and yet distributing at the same time. A short time later I was seated in Judge Joseph’s office and the cops stayed out in the hallway. Joseph informed me that there were many phone calls about me and that he even had several messages on his personal answering machine. He said the calls prompted him to google me and that he had ended up watching the entire Greenfield, MA wiretapping case, with Pete and I, from 2010. He said he had to ask himself why he’d seen such a calm, logical and reasonable person in those videos but had the opposite experience with me on Friday.

I explained to him that the interaction with the bailiff beforehand and the energy he brought towards me upon our first meeting set the tone for all the mornings actions. Just like in Greenfield, when those officers told Pete and I we could film, then that we couldn’t, and then could again, the bailiff that morning kept up his aggressive nature, even after I remained in the hallway – deciding against pushing the hat issue – and had calmed down. Joseph and I then discussed how several people could have acted differently, which probably could have prevented any of this, and with that being said I asked him if he was going to let me go. He said, “I am” and I was relieved.

We talked a little longer about filming the police and wearing a hat in court. Joseph fully supports filming of the police and even in his courtroom, if you ask his permission first, but he still said he’d hold me in contempt if I wore a hat into his courtroom. I don’t know if that’s an issue I feel like taking up at this moment so I let it pass. He stated that he wishes me the best and the same for “my organization,” because he feels overall it’s a worthy cause. He then instructed the CO to release me and he said, “HUH?” Joseph said, “I suspend the rest of his sentence” and I was released shortly thereafter.

BAMBUSER VIDEO AFTER MY RELEASE

Though Joseph and I didn’t – and don’t – agree on everything and he did, in fact, cage me for freedom of speech. Something I stumped a guard on when I asked him, “Did you swear an oath to the Constitution?” He said, “No, I’m a corrections officer, but I did when I served in the military.” I replied, “then that judge just pissed on my freedom of speech you fought for. Guess that was pointless, huh?” Even though what Joseph did was wrong, probably an abuse of his power – since court wasn’t even in session and I was outside of the court when I said motherfucker to begin with (and a judge can only hold you in contempt in a courtroom) – and a violation of my freedom of speech, he did own up to that. He took the time to think about his actions, sought more information and changed (modified, whatever word for corrected, IMO) his mind.

Yet, Joseph doesn’t get all the credit, sure he owned his mistake, but the real credit goes to the network of folks who made him see the error in his ways. As I mentioned above, he stated that the calls to his home are what triggered him to google me. This is directly related to the speed in which several folks were able to make the information of my arrest, my captors and their roles accessible. It was a team effort that starts with myself using Bambuser to video my interactions this morning. This ensured that people were able to see that I was arrested and why. With that information, people were able to locate me, find out my charges, and start spreading the story to apply public pressure. From there folks from all over were able to join in by supporting the call floods to the jail, police department and judge’s house.

All of this is the reason I was released early and a great example of winning in the court of public opinion, as opposed to that of a controlled courtroom.