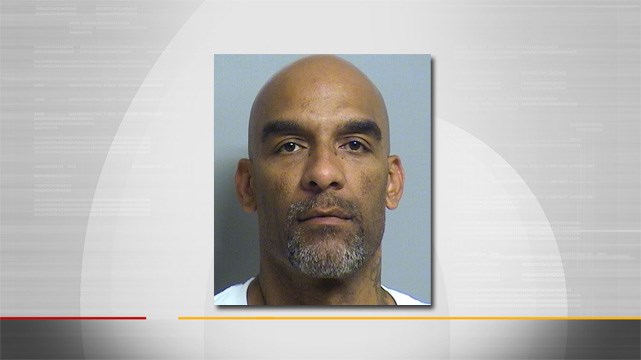 Body-cam footage has emerged of a fatal April 2 shooting of an unarmed man by police in Tulsa, Oklahoma.

73-year-old Reserve Tulsa County Deputy Robert Bates was assisting other officers who were trying to take Eric Harris into custody after the man fled during a sting operation, police say.

Police say Harris, who was unarmed, had ran from officers who were trying to arrest him for selling a 9 mm. pistol and ammunition to undercover cops earlier this year.

The footage shows officers pulling up to the scene as Harris attempts to make his get away.

Officers emerge from their vehicles and pursue Harris on a short foot chase before Deputy Bates pulls out his gun and fires a single shot into the man.

“He shot me! He shot me, man. Oh, my god. I’m losing my breath,” Eric Harris says as he lies dying on the ground.

“Fuck your breath,” one officer can be heard saying. “Shut the fuck up!”

“You shouldn’t have fucking ran!” another deputy screams, as Harris is held down by his neck and head.

Bates claims the ordeal was an accident and that he meant to pull his taser. He can be heard on the video shouting, “Taser! Taser!” before pulling the trigger on his gun.

Officers called paramedics and firefighters to assist Harris, bu the man was pronounced dead about an hour after the shooting.

Tulsa Police Sgt. Jim Clark defended the deputies actions. “[Bates was] absolutely a threat when going down,” he said at a news conference.

Sgt. Dave Walker said that police “would not investigate the death unless the sheriff’s office asked them to, and they have not asked us to.”