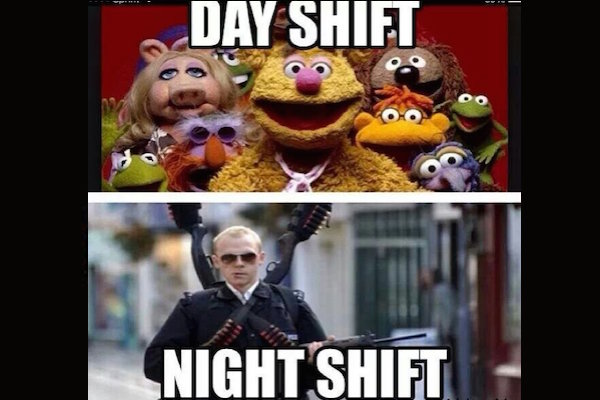 I recently had a discussion with a fellow CopBlocker about police accountability that led us to discuss rotating shifts. When you follow police misconduct you begin to see some trends emerging. One very simple trend I have noticed is that most of the greatest abuses of police occur in the evening or overnight. Putting this in the context of almost any other job that employees staff 24 hours a day illustrates a pretty simple problem. The desirability of the roughly 9-5 schedule often makes this shift a reward for good employees and those with seniority. It becomes the case that all of the best experience, knowledge and habits are concentrated into that sought-after time slot. This could be why we see most of the abuses occurring during evening or overnight shifts. They are literally the dumping grounds for the least experienced and lowest performing officers.

Compounding this concentration problem is that the experience, knowledge and good habits of the senior officers  cannot influence or guide those in need of mentorship and supervision. As in any job, every shift becomes its own culture. A sort of closed circuit of values amongst a tight-knit clique. Camaraderie has long been considered a key code of law enforcement officers. Yet as the tides have turned and police require more accountability than ever, perhaps the buddy system just isn’t a good idea anymore. If LEO’s were expected to work a rotating schedule of shifts staggered amongst individual officers, perhaps not only could we dilute the concentration of the most abusive officers into the later shifts, but we could diversify the opportunities for mentorship and supervision by more seasoned and reasonable officers. We could also break up cliques and micro-cultures, homogenizing the values and goals of the entire department, so that runaway sects did not repeatedly conspire together in corruption, abuse and misconduct.

Some other positive side effects of this might occur, as well. As officers gain a larger understanding of their community through diverse interactions with other officers and the public; it may become more likely they would develop understanding and empathy in the place of workday doldrum. It may also become the case that they are able to view larger patterns which help them to solve actual violent or aggressive crimes with actual victims, rather than turning their attention towards revenue generation and the cessation of boredom.

My first clue to this was something I learned as a teenager driving around aimlessly on gravel roads listening to fIREHOSE and Metallica cassettes and drinking too much Mtn Dew. Cops at night are bored. The night is long when you have nothing to do, and nothing is more draining to a person than the imposition of daily boredom. For this reason, instigating problems simply becomes a valid existential gesture of the chronically pointless be-badged.

Just a few weeks ago I was visited with what I found to be a classic scenario. I was leaving the house of some friends around 11pm. It was my first visit there and the home is located about 45 minutes away in the country. Because I had enjoyed some tasty beverages, my girlfriend was elected to drive. At the last minute our friends suggested a shorter route that involved more country highways. I was not jazzed about the suggestion, but it was decided we would try this route. Within a mile I saw the very bright headlights about a half a mile behind us and looked over to see we were traveling 45mph in 55mph max speed zone. Although we were well within our rights to do so, and this made her more comfortable driving at night on these deer-ridden roads, I warned her that it was likely a cop behind us and that our speed would suggest some suspicion to them.

My paranoia soon turned out to be quite warranted. The sheriff’s deputy soon caught up to us and began following very closely. His aggressive tactics made both of us nervous, causing us to miss a well-hidden turn we needed to make. This required us to backtrack by taking the next turn onto gravel and heading back in the right direction. The deputy, of course, followed. His driving became absolutely erratic. He would catch up to us at high speeds and then fall back; in what I believe was an attempt to scare us into making a mistake which gave him cause to pull us over. At one point he became so aggressive that he nearly ran into the back of our car and moments later just turned off down another road as if nothing had happened. At the next road sign I realized we were crossing county lines. He was out of jurisdiction. Had to go find another mouse to play with. The situation seemed surreal and impossible to my girlfriend, who has never experienced this sort of behavior, but it was old hat to me. Nightshift gets bored and tries to kill time by instigating legal infractions, or at the every least, searching for them in every possible interaction. This is a practical reality of how law enforcement departments are ran. The same thing happens in every other 24 hour employment position. The day shift is the ‘A’ team and the evening shift is the ‘B’ team and overnights are the ‘C’ team scraps and hot rookie blood. It may seem innocuous, but such a pragmatic consideration might make a huge difference in the ever-spiraling and growing whirlpool of police misconduct.

A final bonus is that such measures might make police work undesirable for people who go into it for all of the wrong reasons. Rotating shifts are used by other employers to ensure greater efficiency, quality and thus ultimately value to their customers. As citizens we are the customers of law enforcement. While it is likely that the gangster thugs who run police unions would be horrified by my idea, the needs of officers do not outweigh the needs of the public they serve. If rotating shifts are able to solve some practical impositions of the current system, then it is worth trying out. Even as we evolve away from police and the state, we must ease their death knells so that we can sleep soundly and safely. Developing ideas and solutions is just as important a part of being an accountability activist as exposing and rallying against the police. In times of trouble, human imagination, creativity and ingenuity is our greatest resource. If you have a good idea for increasing police accountability, let me know. I may use it in another article. joshua[at]copblock[dot]org

In the meantime, share this article on your local police stations social media site. Maybe some of them will listen and create an example that other departments can follow.