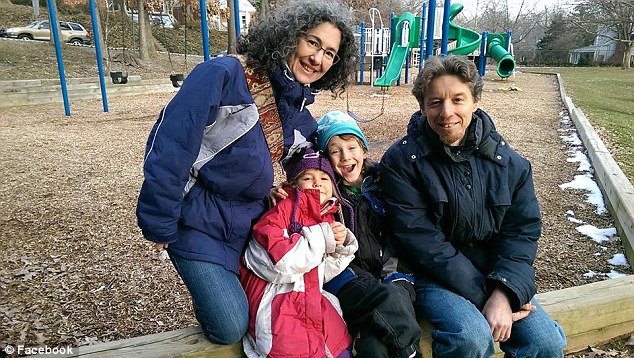 Parents in the Silver Spring, MD suburb of Washington, DC are being trolled again by the government for letting their 6- and 10-year-old children play in a park and walk home alone.

After receiving a call from a concerned citizen, Montgomery County Police picked up the children of Danielle and Alexander Meitiv on Sunday as they were walking back home from a park that’s less than a mile from their house.

The Meitivs had dropped their kids off at the park so they could play after a six-hour drive back from upstate New York, telling them to be home by 6 p.m.

Danielle Meitiv said she and her husband began worrying when the kids weren’t home on time, but that CPS didn’t call and say their children were in their custody until 8 p.m.

CPS first began investigating the couple in December after police stopped the children midway through a 1-mile walk home from a different park after responding to a call from another concerned citizen.

Police drove the children home but called Child Protective Services. The Meitivs were notified in a February letter that they had been found responsible for “unsubstantiated neglect.”

The Meitivs practice “free-range” parenting, a growing trend that advocates letting children play and walk alone in their own neighborhoods in order to teach them self-reliance, independence, and responsibility.

“It’s beyond ridiculous,” Danielle Meitiv said. “The world is safer today, and yet we imprison our children inside and wonder why they’re obese and have no focus.”

The Montgomery County Police Department said Monday that the officer who responded to the call saw a homeless man “eyeing” the children.

The Meitivs say they were able to get their children back from Child Protective Services around 10:30 p.m.

Danielle Meitiv said the couple had to sign a temporary safety plan saying their children would be supervised at all times until a follow-up visit.

“This morning my daughter wanted to go play in the yard and I couldn’t let her out because I was making breakfast,” Danielle Meitiv said. “Are they prisoners? She’s 6 and she’s not allowed to play in the yard?”

“Child Protective Services has succeeded in making me terrified of letting my children out,” she continued. “Nothing that has happened so far has convinced me that children don’t need independence and freedom, except that they’ll be harassed by police and CPS.”

Police and CPS have launched an additional child ‘neglect’ investigation into the parenting practices of the family.