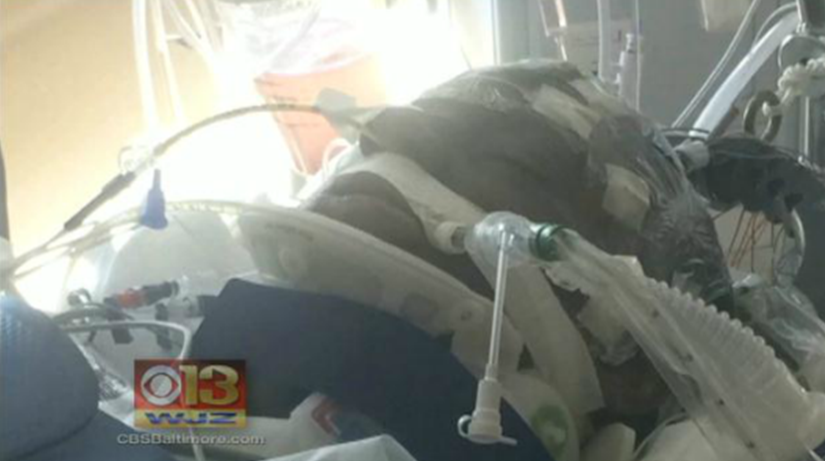 A man is in critical condition after being arrested by Baltimore police officers in a Sunday incident that was partly captured on film.

27-year-old Freddie Gray was placed in an induced coma with at least three broken vertebrae following the incident, which occurred in the Gilmor Homes area of West Baltimore, family say.

Cellphone video captured by bystanders shows multiple officers detaining, and dragging Gray to a ‘paddy wagon’ as he moans in pain.

“Yall always gotta be violating,” a woman can be heard saying in one recording of the incident. “His leg looks broke, look at his f***ing leg!”

Seconds later another bystander approaches police and echoes the woman’s sentiment as the officers drag Gray off.

Police have commented little regarding how Gray came by his injuries or about the events that transpired prior to and following his arrest.

Deputy Commissioner Jerry Rodriguez, only said Monday, that four bicycle officers tried to stop Gray at about 9 a.m. Sunday in the 1600 block of North Ave before the suspect ran, and police caught him.

“This is a very serious incident, that we are looking at thoroughly,” Rodriguez said. “I have been on the phone with the State’s Attorney’s Office and we are going to work jointly on this investigation.”

Rodriguez said he did not see any use of force in the video, but added that it did not show the entire incident and that the investigation was at an early stage.

The unidentified officers involved have been placed on administrative duty.