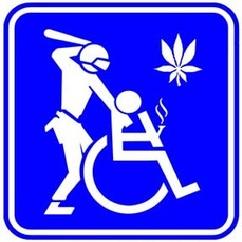 While watching a fantastic documentary on the drug war, The Culture High, I came across a startling statistic that I had never heard of before: Violent Crime Clearance Rates. Basically, this is the rate that cases are “closed” by police departments. Clearance of a case can be achieved, according to the FBI, in one of two ways: either by arrest or by “exceptional means.”

The criteria to be cleared by arrest are that a person has been:

The criteria for clearance by exceptional means are when police have:

These rates DO NOT include convictions only. So technically, the rate that is given is actually even lower, given innocent verdicts. This is a bad sign, as the clearance rate for virtually all violent crime is quite low (the most up to date info that I could find was from 2012):

Additionally, in 2012, 20.4 percent of arson offenses were cleared by arrest or exceptional means.

Added together, that gives us an abysmal average 32.3% overall clearance rate for violent crime. In 2012 alone, only 534,704 people were arrested for violent crimes while a staggering 1,531,025 people were arrested for drug possession, 663,032 of which were marijuana alone. Unfortunately, there is no way to obtain a clearance rate for marijuana related arrests. Most of them do not result from an open case, or an investigation.

You would think that with such a low percentage of clearance rates for what any reasonable person would consider high priority crimes, that police departments would be doubling down to get those rates up and get the bad guys off the streets in order to, you know, “protect and serve”. Instead, we see police refusing to respond to victims when the going gets tough. And It’s not as if there are a lack of resources to make this happen. To date, over 11 trillion dollars has been spent on the war on drugs, with police departments getting SWAT equipment, Brynne Grants, and profiting from civil asset forfeiture, as well as having to keep up with quotas. This gives us a police force that rewards police state activities while de-incentivising ACTUAL police work. It flips the entire idea of what it means to be a police officer from service, to profit generation, making us little more then a resource to be rounded up. It’s bad enough that they have no competition or real oversight, but now they would rather bust drug users and pot smokers then track down violent criminals.