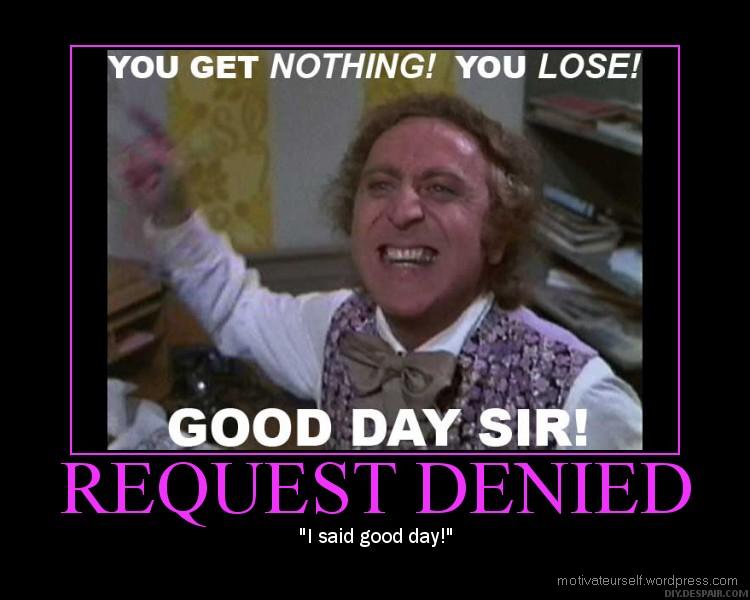 Yesterday Theresa Gardunia, the Magistrate Judge in Matthew Townsend case, denied Peter Rimkus’s request to film Matthew’s hearing that’s scheduled to take place today. At first she approved the request but less than 30 mins later denied it citing CopBlock.org is not a media outlet. This prompted me to call the court offices for further comment and lead to the video I published yesterday, see below.

When yesterday’s story was published Pete had already filed another request to film. This time presenting his CopBlock Press Pass and speaking with Pamela Bourne (woman on phone in video above) about the issue directly. Yet, this morning while waiting for Matthew’s case to be called Pete went to inquire with Pamela about the status of his second request to film. That’s when Pete said he was ambushed by six marshall’s that rushed him out of her office. He’s hoping to obtain the footage via FOIA request, since he wasn’t video recording at the time.

Shortly after that he messaged me saying he had got an email from Pamela and that the judge had denied his second request as well. See document below.

Second Denial to Record from Judge Gardunia makes some outrageous claims and assumptions in her written order denying Pete his right to film. She highlights three main reasonings for denying his request and I’d like to highlight the ridiculousness of each claim.

IAR 45(d) requires the court to exercise particular sensitivity to the victims of crime. The court finds that such an exercise of discretion is warranted based on its position that granting the request for video/photographic coverage does not advance transparency of the proceedings.

Honestly? Gardunia first point is to state that having another camera – outside of those within her control – DOES NOT advance transparency? How can it not? The more cameras there are the more transparency there will be. This is obvious to most people but Gardunia continues her unfounded claims in her second point:

The requester is not a traditional media outlet in that they do not produce news for the purpose of educating and informing the general public, but concentrate on efforts that are activist in nature. Although IA 45 does not specifically exclude non-media entities, the context of the rule is to support an orderly, organized, and cooperative dissemination of court related news to inform and educate the public while preserving the dignity, decorum, and solemnity of the court and while protecting the participants of the proceedings and the court’s personnel Gardunia really goes off the deep end here claiming that CopBlock.org DOES NOT “produce news for the purpose of educating and informing the general public.” I guess in less than 30 minutes of research into CopBlock.org she failed to visit the Resources page. Which is full of great educational information like tips on filming the police, material handouts and ‘know your rights’ information.

In addition, today CopBlock Contributor Georgia Sand posted, “Copwatching and its impart on the policing, law, and justice in the California Law Review” which concludes:

“It is no small feat to serve as the subject of legal research and analysis for scholars in the forefront of the legal community. In other words, Cop Blockers and other copwatchers everywhere are revolutionizing justice, policing, and law.”

Seems to me that the content created here at CopBlock.org has not only educated and informed the general public but lawyers, judges (as was the case recently when Judge Joseph spent the evening watching my CopBlock videos after holding me in contempt of court, see here) and others; who are, NOT, the general public. It seems to me that Gardunia is injecting her personal view of what she perceives CopBlock.org to be, which is further highlighted in her last point.

Upon denial of CopBlock’s initial request, the court staff received the following response:

Who The fuck are you to tell someone they are not part of the media COPblock is indeed a media resource for thousands dare u say millions of people how dare you try to deny them the right to be at the trial you just stepped in it big time bitch you bette4r get your shit straight we surround you!

Review of copblock.org confirms that one technique of the organization is the public intimidation of those who disagree with their position and they seem to ecourage the private harassment of those they feel are at odds with them.

Talk about the hypocrisy, but before I do, note how Gardunia says “denial of CopBlock’s initial request?” CopBlock didn’t make the request, Peter Rimkus did, and she denied HIM the right to film, not CopBlock.org – a website – or CopBlock – the idea that, “Badges Don’t Grant Extra Rights.” As much the ‘judge’ would like you to believe this is about “CopBlock” or others who messaged, or voice their concerns, it is NOT about that. Though even if it was about CopBlock her claims are still unfounded and are weak legally. This is about her denying Peter Rimkus the right to film and in three points denying such request, never does she give a legal reason why Peter can’t film.

I’m not sure why she’s made this an issue of what CopBlock does or doesn’t do, but she’s making assumptions and trying to legally back her subjective thoughts about CopBlock into her ruling. She believes “CopBlock” would use this video to harass others, but doesn’t state that Peter is one of them, or that’s her concern with Peter’s request. This is further proven, in my opinion, when she states that “CopBlock’s” (I guess people who believe “Badges Don’t Grant Extra Rights”) technique is to intimidate those who disagree with them and to encourage harassment. Really? Did a Judge who orders people to be taken to jail, signs warrants to ‘allow’ people with guns to enter another person’s home and uses her position as a judge to limit the objective recording of events that transpire in “the people’s” courtroom just accused CopBlockers (or a website) of intimidation and harassment? Now, that’s a funny joke. I don’t recall any CopBlockers who’ve partaken in such actions, or have friends, like that of the judge.

That being said, Gardunia needs to take an honest look around her work environment, the whole place is not only based off intimidation and harassment but it’s entirely BUILT on it. Every single interaction she has with someone in court every day is based of some form of intimidation or harassment and to claim that CopBlockers are guilty of this is simply ridiculous. I don’t know of one CopBlocker who has partaken in the activities that Gardunia does on a daily biases but that’s either here or there, all that matters is that Pete should be allowed to film the public hearing without prejudice against his beliefs, associations or the actions of others. Which is what’s happening to him today.

Sure many of the contributors here, and CopBlockers abroad, use the tactic known as a “call flood.” Which is designed to peacefully persuade public officials to do the right thing, commonly when caging someone for a victimless crime – as was the case with my most recent detainment in Zaneville Ohio. Of course it’s best to advocate your feelings or position in a respectful manner, unlike the person Gardunia pointed out in her denial order, but that person wasn’t Pete. Instead of attacking a network of individuals who strive to share police accountability information and tactics, focus on the issue at hand Gardunia. The issue is that of filming, are you going to allow Pete to film? Or are you going to violate his rights?

If you don’t support this decision to ban cameras than consider calling the courthouse and voicing your concerns about secrete courtroom proceedings. Let’s also remind the judge that Matthew Townsend had requested that Peter film his hearing for him. Call Ada County courthouse : 208-287-7080 & Ada County clerk : 208-287-6900