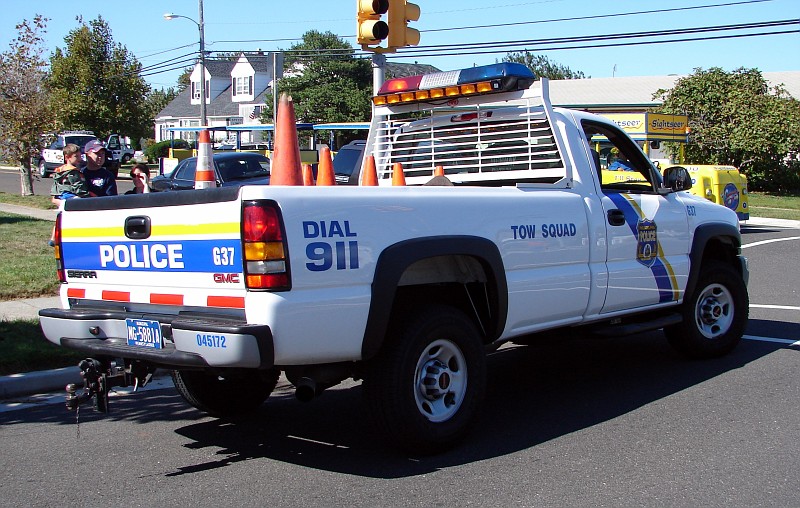 [UPDATE 4/23/15: Chris stated that his employer is being harassed and requested that the video be put to private pending the conclusion of the court process.]

“Chris,” a repo man for the past 20 years, conducts plenty of business in the Philadelphia area and he doesn’t mind it one bit, except for the fact that the police harass him – and other tow truck drivers – on a daily basis for merely doing their jobs. Before we go any further check out the most recent video of Chris being harassed by Philadelphia cops.

Its somewhat comical to see a police officer respond to Chris’s statement of “I’m just doing my job.” This phrase is commonly used by police officers who try to justify their actions towards victimless crimes, warrant less searches or unconstitutional checkpoints. Yet, when Chris mentions to the supervisor that he’s just doing his job, that doesn’t justify his actions at all in the eyes of the officer. It seems to just make the cop mad.  I guess only when its an officer of the ‘law’ does the excuse, “I’m just doing my job actually work.” (something most of us already knew)

Which is why this is just another example of what the police state looks like people. For nothing more than towing a car down the street at night Chris is subject to a traffic stop, possible search, required to provide paperwork and (at the least) inconvenienced for the duration of the interaction. The police try to justify this by saying they have a lot of stolen cars or because the car didn’t have tags but neither of those reasons justify the stop, nor do they prevent or even produce a solution to either crime mentioned. All it did was make the cops look like fools (and bullies) and maybe that’s why Philadelphia has such high car thefts, because the police are too busy harassing people just doing their jobs, instead of actually focusing on retrieving stolen property.

Feel free to send your videos, stories or submissions via CopBlock’s submission tab.

Click the banner below to learn more about filming the police and knowing your rights.