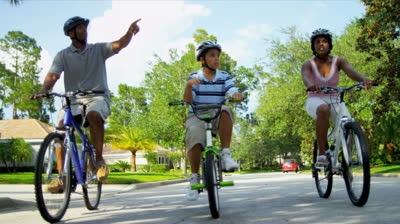 The disproportionate targeting of African Americans by police has been a controversial issue for decades.

While primarily relegated to the black community itself, the issue has been projected into the mainstream consciousness over the last year as more and more questionable police killings gain national attention.

Now, I am certainly no ‘social-justice crusader’ and obviously there are those that wish to utilize race for political purposes.

Like most legitimate movements of public outcry, elements seeking to further their own agenda soon take hold. Take the Tea Party Movement for instance, or Occupy Wall Street.

In what was originally a grass roots resistance against tax increases, bailouts, and Obamacare, the Tea Party movement was quickly subdued by social conservatives like Sarah Palin and Ted Cruz. Attend most any Tea Party event today and you are likely to hear platitudes about the evils of immigration or abortion.

In the case of Occupy Wall Street, what initially was an organized attempt to condemn Cronyism and the relationship between Wall Street and Big Government soon devolved into a radical egalitarian agenda advocating massive wealth redistribution from the dreaded 1 percent as its final goal.

Likewise, the anti-police protests in Ferguson, Missouri and elsewhere around the country have coalesced in much the same way – that is to say out of a perceived and legitimate injustice – and is likewise being undermined in such a manner as to prevent any real reform.

Anyone that encounters a police officer is at possible risk, no matter what color they are. Statistics like those recently released by the Tampa Bay Times, however, undoubtedly expose the reality of targeted police actions against minorities.

According to the investigation, Tampa police have written 2,504 tickets for bicycle violations over the past three years. Even though blacks make up only about a quarter of the city’s population, they are receiving eight out of every 10 tickets – 81 percent.

Something might be said about the higher likelihood of blacks to use bicycles as their primary means of conveyance in the city, but analyzing the data, the Times concludes that, “Tampa police are targeting poor, black neighborhoods with obscure subsections of a Florida statute that outlaws things most people have tried on a bike, like riding with no light or carrying a friend on the handlebars.”

These violations are used as an excuse to stop and question bicyclists, with a particular focus on minority neighborhoods, the Times says.

Police claim the bike stops are part of a ‘crime prevention’ strategy and say they encourage bike stops as a means to reduce more serious crimes. The vast majority of tickets however, did not include arrests. And when they did, it was usually for a small amount of drugs or a misdemeanor.

The Times points out that Tampa officers get yearly “productivity reports,” calculating, in part, how many tickets they give. One personnel file detailed a “red grid patrol” in which officers were encouraged to “engage and identify offenders through street checks, bike stops, and traffic stops.”

In another file, a supervisor told a new officer he should learn rarely used traffic statutes. The fact that he wasn’t familiar with them was noted as a “significant weakness” in his 2012 performance review. The next year, the new officer impressed his bosses with his “dramatic increase” in “self-initiated activity.”

The police can hide behind public safety all they want, but we all know revenue generation is the name of the game. More than 50 percent of Americans’ earnings are gobbled up in federal, state, and local taxes.

As if that’s not enough, like vultures, the agents of the state, county, and city are sent out to embezzle and extort even more from us for any one of millions of ridiculous laws and violations that in most cases simply contradict the common sense of a rational mind.

Americans commit three or more felonies every day, without even knowing it, just going about our daily business. Obviously, if caught by any number of men in costumes calling themselves ‘officials’, we will be kidnapped and thrown into a cage.

This of course goes on while the real criminals, in many cases the costumed men themselves, commit horrendous atrocities daily against their fellow countrymen as they provide protection to the very people at odds most with the law.

George Bush and Barack Obama can melt faces off children with personally sanctioned drone strikes, and Wall-Street Bankers like Jon Corzine can steal Millions, but if you ride your bicycle without holding onto the handle bars, you will be pulled over, treated like a criminal, embarrassed in your community, have your property ransacked, and written a ticket for in some cases upwards of a weeks pay.

If police officers really cared about upholding the law more than preserving their own fiefdoms, they would arrest politicians.

Riding a bike without holding the handlebars was just recently legalized in Tampa. Last year however, Tampa police wrote at least four tickets for the violation.

The United States Justice Department has launched a federal probe into the departments citation practices.