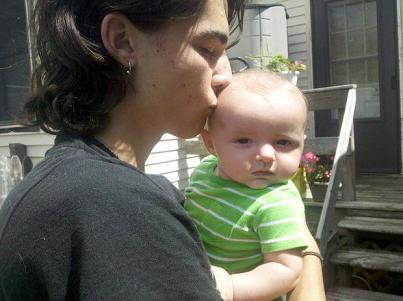 A Pennsylvania man is getting a chance at getting his life back, seven and a half years after lying cops ruined it.

According to Lehigh Valley Live, Zachary Handley was 14 years old when cops arrested him in connection with a 2007 arson investigation. Being a kid at the time and not fully knowing his rights, Zachary talked to the police (BIG mistake: NEVER talk to the police without your attorney present). The lying cops told the teenager he’d be home by Christmas, if he cooperated with their investigation. Taking their lies at face value, Zachary confessed to the fire.

A judge found him guilty and ordered him to pay $600,000 restitution.

Since then, the man’s life has been all but ruined. He lives in a one-room apartment with his wife and small child, according to the Copblock.org submitter who told us about his story. Because he’s a felon, the only job he’s been able to get is a minimum-wage one.

Fortunately, the same judge who heard Zachary’s case way back in 2007 – Anthony Beltami – recently heard another arson case against a woman, Karla Dewey. It just so happens that Dewey, who was the only witness against Zachary, has been connected to several fires.

The judge has ordered a new trial for the now 21-year-old man, and has ordered that the half-a-million dollar restitution claim against him be rescinded.

“I know eventually God will help me out. My time is coming. I hope God realizes that. God knows I didn’t do anything. Lying is a sin. I hope everyone can realize that.”

This post was sent to us via the Copblock.org Submissions page.