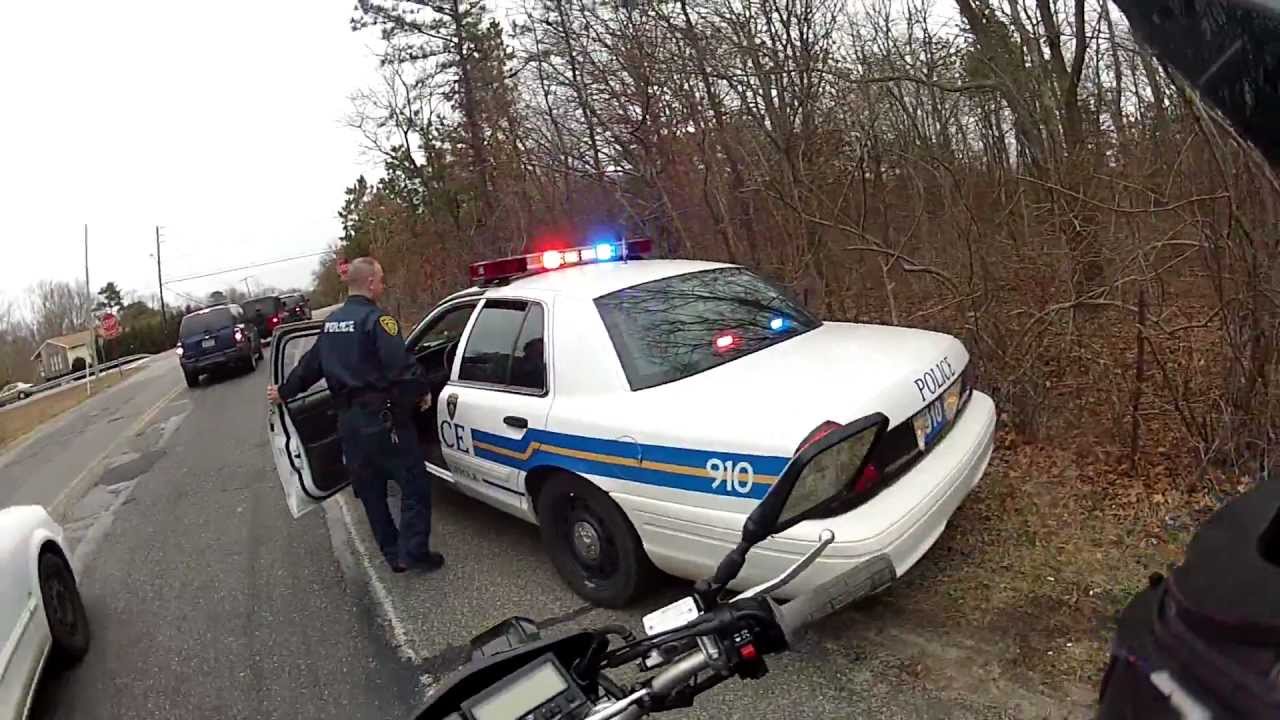 This Happen Yesterday in Trinity ,N.C. when we was bout killed by a cop running over 100 m.p.h. on a 2 lane rd. We’re it was a 45 zone. He had no lights or siring on.my fellow biker friend into with a k9 cop. The cop started the whole thing. (sic)

Today one of my friends tagged me in a Facebook post with the above video attached. It seems to have been posted by Micasel S. Cates who was the person to record the interaction between the officer and his friend. As seen in the video, the cop is asking the biker to apologize to his “Brother” (another cop) for calling him a “fucking idiot.” It seems the cop, who was called an idiot, was speeding down the road without their lights on and endangering the bikers. This is what prompted the video recorded interaction.

What’s even more ridiculous to me is how the officer says things like, “Man to man” and “that’s the type of man you’re going to be” when the biker refuses to apologize. Instead deciding to stick to his word, that the officer was a “fucking idiot.” IMO, this is more of a ‘man’ (or right thing to do) action than merely apologizing because some jackboot has a gun and his buddies around. Why didn’t this officer make his “Brother” come over and apologize for driving like an idiot and risking people’s lives? Or why didn’t he write him a ticket or take him to jail?

Oh yeah, because cops have a thin blue line and they don’t enforce the law on their own. I’m surprised that this officer didn’t arrest the biker or at least ticket him for some BS traffic violation. Maybe it was because of the camera, maybe it was because Cops and Bikers have a long history. I don’t know, but what I do know is that I would have done the same thing. Well done sir.