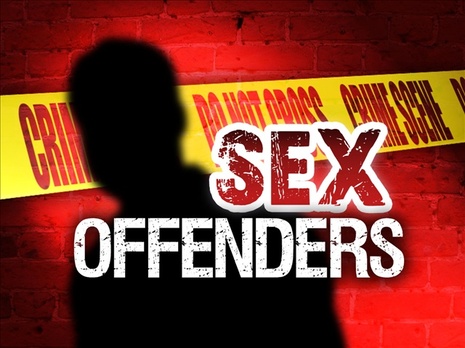 Two years after being fired from the force, James Riley Jr., child molester and former corporal with the Hillsborough Police Department, has pleaded guilty to Indecent Liberties with a Minor. Riley was fired on July 23, 2013, three days after being placed on administrative leave.

In April of 2013, Hillsborough received a complaint about potential misconduct involving an officer. After two months, Riley was placed under surveillance, and was watched on nine subsequent occasions. On July 19th potential criminal misconduct was observed and the investigation was turned over to the Orange County DA’s Office the very next day. Criminal charges were later filed in April 2014.

According to Orange County DA Jim Woodall, Riley was kissing a 13 year old girl, as well as touching her 15 year old sister while he worked off duty at a McDonald’s in Hillsborough. Why did a cop making well over 50k a year also have to have a second job at a fast food restaurant? Was he trolling for victims?

Riley, whose sentence of 20-33 months in jail was suspended, also had to relinquish his law enforcement certification and register as a sex offender. Such a understated punishment for someone who had sworn to uphold and protect the law is effectively a public acknowledgment that the state will protect those who do it’s dirty work.

Louisiana Police Chief Earl Theriot avoided jail for sexually assaulting an unconscious woman. He responded to a 911 call about an unconscious woman at a gas station. He picked her up, made a stop at the liquor store, and tied her to the chair in his office. He then removed her clothes and forced her to perform sexual acts. His punishment was a 2,500 hundred dollar fine for lying to the FBI and 24 months probation. Theriot claimed that the embarrassment to his family and the loss of his job were punishment enough for traumatizing an innocent person with unsolicited, deviant sexual acts.

Dale Couch was arrested in May 2013 on two counts of lewd and lascivious molestation of a child under age twelve, and a third charge of lewd and lascivious molestation against a 12-year-old child. According to the 12 year old, Couch touched her more than once. He also made threatening comments that made him a danger to society, prompting the judge to set bond at $207,500.

These are just three instances of many.

In many other cases male officers have assaulted or harassed their female counterpart, and too often the victim is the one who gets punished for daring to report the assault. Darrell Best, a retired DC cop, was demoted in 2008 for sexually assaulting Valerie Eason. Valerie was a subordinate officer and on more than one occasion Best made comments such as, “I want to get in between your legs” or “I bet you can work those hips” Eason never reported the abuse out of fear of being ostracized.

“If you come forward with something negative about the department, you will be blackballed. When you get transferred, you go to another district. They already know why you’re there,” Eason told Fox5

If a Police Chief, a Lieutenant and a Corporal; all ranking officers in the department chain of command are guilty of sex crimes, what other offenses from themselves and/or officers from their departments have committed similar abuses that also went unpunished? Is it entirely possible that the policies regarding the reporting of sexual harassment in-house also may influence the way that investigations of state protected sexual predators are performed? Are the cards of justice stacked in favor of truth and those who gamble their lives through trust in it, or does the house always win?