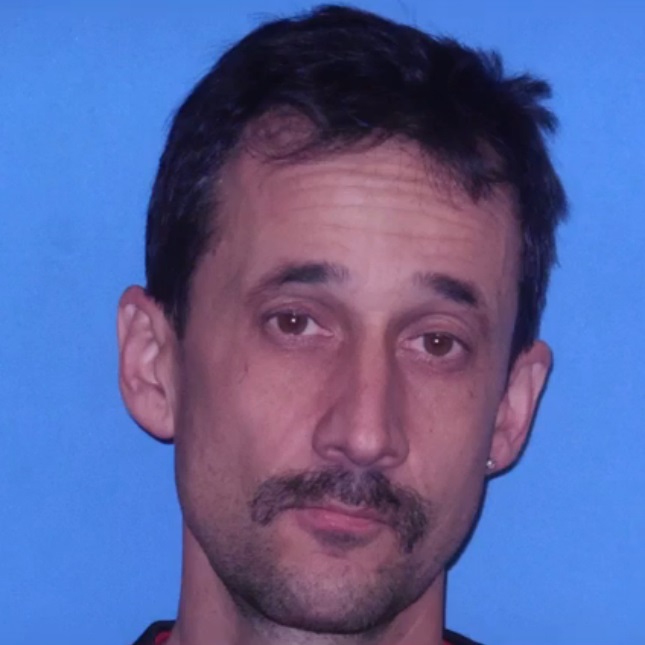 In what has become somewhat of a trend recently, yet another cop has been busted in a drug sting, this time in Jacksonville, Arkansas. The extra bit of irony in this particular instance involves the fact that Donald Bredenberg was actually a former D.A.R.E. officer. So, in case you’re the one person on this continent that doesn’t know what that means, he’s the guy who used to show up at schools to teach all the children about how bad drugs were (ummkay).

That probably took place right after or right before he did a line of meth. Of course, we don’t really know that sort of information for certain yet, so it potentially could have been both before AND after he taught children the evils of drugs and he might have been smoking the crank rather than snorting it. (Full disclosure: he could have actually been shooting it up and, to be fair, he was probably popping pills, too.)

What we do know for sure, via “FOX 16 News” out of Jacksonville, is that he was caught with “26 grams of meth, prescription pills, seven firearms and more than $1300 in cash” during the drug bust:

“LONOKE COUNTY, AR — A former DARE officer is charged with doing the one thing he warned children against. Just two years ago, Donald Bredenberg was going inside Jacksonville schools warning children about the dangers of narcotics. But this week, investigators say, during a drug bust, he was caught doing the very thing he told children never to do.

Lonoke County Sheriff John Staley said, ‘It hurts, it hurts, it is shocking.’

Sheriff Staley says he worked alongside Bredenberg who taught many children about the dangers of drugs. But on Tuesday, Sheriff Staley’s deputies arrested him at a home in Lonoke County for possession of narcotics.

Sheriff Staley said, ‘It’s difficult because you see the person, the personal side and you know what this person could be and was and you see what they have gone to.’

Sheriff Staley says the drug bust happened in the 500 block of Stagecoach Road, which he says is concerning because it’s less than half a mile from an elementary school.

Along with taking four people to jail, investigators say they left the home with 26 grams of meth, prescription pills, seven firearms and more than $1300 in cash.

This drug bust happened after a two month investigation with the Lonoke County Sheriff’s Office and Cabot and Jacksonville Police Departments.”

The level of hypocrisy involved here is admittedly pretty high, since Bredenberg was not just arresting people for the

same stuff he was doing, but was also lecturing children about not doing it and attempting to use the D.A.R.E. program to turn them into little police informants at the same time. However, I can’t really say I’m as shocked (I tell ya!) as Sheriff Staley.

Cops spend most of their time breaking laws they penalize others for and promoting double standards, whether it involves things as simple as traffic/parking laws or pretending to investigate the murders their fellow officers commit and then declaring them justified every time. In fact, Bredenberg’s involvement in drugs is not really that shocking, since there have been several high profile cases of cops, including a deputy chief in Fresno, CA, being busted as part of drug rings within just the past couple weeks.

Legend Of The West knife Billy the kid