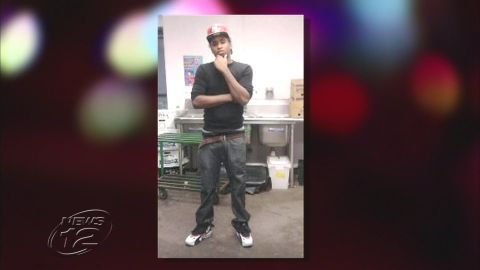 A lawsuit filed April 17 in Bridgeport, Conn. Superior Court alleges an officer shot a fleeing man in the back killing him, after already shooting him in the legs and disarming him.

The suit says Officer Christopher Borona shot and killed 21-year-old Bryan Jamal Stukes on April 1, 2013, after witnessing the man, who was armed with an unloaded .22 caliber rifle, arguing with someone outside Golfinho’s Fish Market on Pequonnock Street.

Borona allegedly exited the store, yelled at Stukes and drew his service weapon.

According to the complaint, a startled Stukes began to run with his rifle aimed toward the ground, before Borona allegedly brought Stukes to the ground with a .45 caliber hollow-point bullet that hit both his legs.

Stukes threw his rifle, which proved to be unloaded, as he fell, and the weapon slid approximately 10 feet on the sidewalk “within Defendant Borona’s line of sight, before coming to a rest,” the complaint states.

“Despite suffering a gunshot wound to both legs, [Stukes] stood up and attempted to flee from Borona’s gunfire,” the lawsuit claims. “Although [Stukes] was attempting to flee, he had his back to Borona and Borona was only five feet behind [him] in pursuit.”

Borona’s next shot missed, and Stukes “was able to continue moving down the sidewalk and onto Benham Avenue unarmed, and defendant Borona clearly knew he was unarmed,” the complaint asserts. When Borona fired his weapon a third time, he hit Stukes in the back, piercing the man’s heart and killing him.

The lawsuit also alleges that Borona loaded another bullet into his service weapon in order to “hide the fact he fired three shots,” but the additional bullet “was later recovered by [a] private investigator” near the scene.

Borona was initially cleared of all wrong doing by the Chief State Attorney’s Office, who concluded the officer only fired twice based on the number of bullets found in his gun.

“It is likely that one shot caused both thigh wounds and the other shot caused the other wound,” the report found. “It should be noted that one expended projectile was recovered from a second floor porch of a home located on the east side of Benham Avenue. Ballistics indicate that it came from Detective Borona’s gun. It is unknown how this projectile ended up in this location.”

Police claim Officer Borona ordered Stukes to drop his weapon multiple times before firing and that the man had made violent threats to people at the market.

The lawsuit, filed by the mans estate, questions that conclusion and seeks punitive damages from the city of Bridgeport.