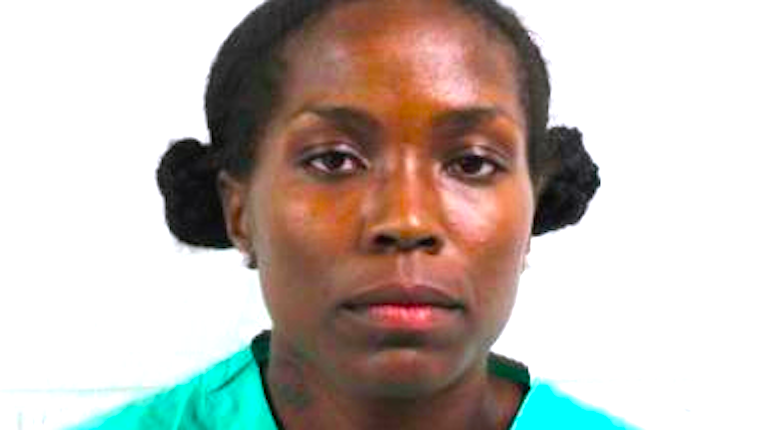 A Florida woman has submitted an epic nine page rant against a North Georgia judge, who dismissed a lawsuit she filed on behalf of her husband and son earlier this year.

Tamah Jada Clark says that her civil rights were violated when she was arrested nearly five years ago in an armed plot to break her baby’s father out of prison.

Police in Camilla, Georgia, arrested her after a September 2010 suspicious vehicle stop turned up an AK-47 rifle and a .45-caliber pistol, which she admits were “cocked and fully loaded,” along with wilderness survival supplies.

Investigators said recorded phone calls from her son’s father, Jason Clark, who had been sentenced to 30 years in prison, revealed the jailbreak plot.

Clark claims she was unlawfully arrested because she legally owned the weapons and was not in the same city as the jail where Jason Clark was held, although she was stopped in a nearby town.

“Fuck this court and everything it stands for,” Clark titled her April 20 filing.

Don’t you ever again in your motherfucking life attempt to disrespect me, family, or our status again. Keep our names out of your unworthy mouth-you old, IMPOTENT geezer,” Clark informs the judge. “What about the 100+ of valid legal contentions that have been presented by Plaintiffs before this court? You don’t want to delve into those-do you? You don’t want the American people to know about the fraud that your BITCH ASS is helping pull on them. Ain’t that right? Fucking bitch… You disgust me.”

Clark claims the court had favored the authorities she sued and ignored more than 100 pages in “proper rebuttals” she had filed.

Judge Willis Hunt Jr. dismissed the case in late March for several reasons, noting that Jason Clark didn’t sign the complaint, that Tamah Clark didn’t have standing to file it on his behalf or on behalf of her son, and that the statute of limitations had passed for a personal injury claim.

Clark thoroughly disagrees. “No, Jason did not sign the complaint – so the fuck what?” Clark writes. “Lol. What a joke you are, old man… you mean to tell me that a mother cannot bring su[it] on behalf of her own child – and no one finds that the least bit strange? THIS is what people think freedom and unalienable rights look like? God help us. Lord, help us all…”

“I am well aware that the court has not spoken to me because it cannot defeat my legal arguments – so it runs and cowers like a panic-stricken hoe that has stolen money from her back-handing pimp,” the filing reads. “Just for the record: you are a hoe. This court is a hoe. And I will backhand you both, should you continue to waste my time.”

Clark concludes her filing by pointing out to the judge that he is old and presumably near death, which she says is “good” because he is a “treacherous, lying, spineless, bastard son-of-a-bitch” who deserves to spend eternity in hell.

“I couldn’t give two fucks about you or what you have to say,” Clark tells the judge. “Fuck you, old man. You’re a joke. Your court’s a joke. You take it up the ass; and you suck nuts. Lol.”

The filing in its entirety: