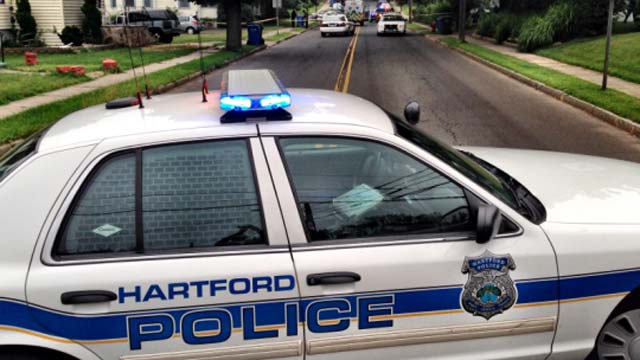 It seems I spoke too soon when I published this post discussing the Hartford, Connecticut police who praised those who recorded an incident that showed one of their officers in a headlock for 8 seconds. The police were more than willing to discuss the video after it found it’s way onto social media outlets (and sites like CopBlock) using it as a platform to highlight the dangers officers face while on duty and taking a moment to provide recognition to those who decided to film it. Which I found shocking but, the police are no longer willing to talk about this video. Why? It seems that witnesses have come forward stating the officer punched the teenager in the head first, which would make the officer the one who escalated the brawl caught on video. According to The Fact Based Initiative:

Watch the video and you can see the jackass cop, Roberto Maldonado, start a physical altercation with a teenager, probably after mouthing off, and the officer gets his ass choked out. Good.

Now, a witness, who sounds very intelligent, composed and credible, is saying the officer punched the teen first before the teen was able to choke him out. We actually see the officer physically start an altercation with the kid, in the video!

Of course, the teenager is being charged with assaulting an officer and inciting a riot, because the system is totally broken.

The officer should be charged with assault. I’m sick of cops starting fights with innocent people they think they can beat up. They pick on kids, they act like jerks to black folks (or just kill them and plant evidence) and they do it without remorse, all the while having the average IQ of this guy.

While researching this story, I also came across a story about Roberto Maldonado, a police officer in Hartford…same guy. In 2004, the city of Hartford had to pay $7.9 MILLION to a family of a guy he caused brain damage in when he wrecked his police car into him. How did that happen? Maldonado, a stupid cop with adrenaline problems, VIOLATED the city’s pursuit policy when chasing someone! He wrecked, which he had done before MULTIPLE TIMES, and caused permanent brain damage to a totally innocent man. And how did Hartford police punish this man?

Read all about that here. Of course, the city had to pay for this moron to the tune of $7.9 million.

He’s had problems before, too. The only problem that is consistently throughout all of the incidents is Roberto Maldonado. And his bosses and the city are too chicken shit to do anything about it.

So, he starts a fight with a teenager who knows a basic front face lock and the teenager puts him to sleep. The city, once again, is not charging Roberto Maldonado. Yet another incident involving him swept under the rug.

When will it end?

I found the officer’s Facebook page. Since he seems to have an issue with citizens and likes to cost Hartford millions, I thought I would share a few photos from it. All were public photos from Facebook.

Were the Hartford Police attempting to cover, or spin, this video in their favor? You’ll often hear Cops (or CopSuckers) say that what happens before the video starts is important and that you never see that in these ‘police brutality’ videos. Well, I guess that’s what happened here, the police got a free punch in and now this teenagers life will be ruined for taking defensive measures to the attack. Sure, he should have just left the property and be more respectful but the police could have achieved that goal – via a no trespassing order – without escalating the situation to a fist fight. Of course, just as quickly as they broke police protocol praising the videographers, they’ve gone back to their old ways, stating nothing more about the video, other than no claims of police wrongdoing have been filed.  Surprise, surprise.