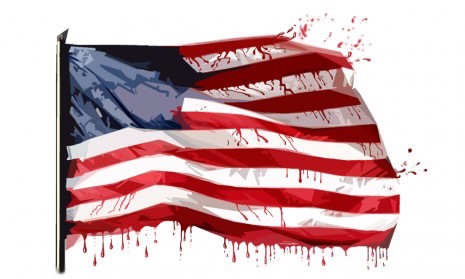 The first part of this series drew the sort of divisive response that I had intended to discourage with the ideas presented in the article. Rather than investigating the rational arguments or rebuttals against existing dichotomies, many were quick to line up on either side with the Absolute Truth.

There is no Absolute Truth. There is no known first cause of all truths, therefore there is no basis for any singular objective truth. We wade our way through this existential carnival with only our intellect and senses to guide us, all completely lost and making it up as we go. On one hand, our single lives are mostly meaningless microcosms of some greater whole. On the other, we still have to live them as though they are the most meaningful thing we know, because they are. If you attempt to sort all ideas, statements or actions into a two dimensional model, you will miss the complexity and thus beauty of our very existence. When you likewise try to reduce the complexity of human societies and interactions into some constrictive binary simplification of some truths, you will fail to understand the world and the events that shape it in any constructive way.

My ultimate hope is for a peaceful society. I abhor violence and find it aesthetically displeasing. I want nothing to do with it if I absolutely do not have to. My work as a writer here and in general is to awaken humanity from its aggressive, authoritarian paradigms. Yet I also understand that my preferences or rational constructs are not always applicable in our society and that I cannot always appreciate the motivations, intentions and worldviews of others. Reality contains innumerable factors which shape us all in an incredible variety of ways. It is not reasonable to expect other people’s reactions, responses, methods or goals to be like our own.

To not condemn specific acts of violence and destruction is not the same as condoning all acts of violence and destruction. Neither is pointing out the ineffectiveness of peaceful demonstration in many situations a condemnation of that activity in general. To oversimplify the complexity of social interactions by reducing multifaceted problems to hyperbolistic false dichotomies only serves to preserve the binary thinking that is used to divide and distract us.

If you have the luxury of peaceful protest and the ability to draw an empathetic audience that will help you enact necessary changes, then all the power to you. Use that tool to your benefit and help others to use it when it can be to their benefit. Just remember, not everybody has that luxury. There are people being killed merely because they fit a profile. It is not unreasonable that those who fit that profile would react with fear and anger and respond with seemingly undirected angst. Yet you and I cannot understand their angst. We cannot understand the entirety of how local social and economic forces shape the conditions they are rebelling against. The most common mistake is to assume that the reaction was only about Freddie Gray’s death, and not a response to the greater forces that shaped the conditions which made his abuse and murder possible and likely.

Revolution is a messy business. As the flames of revolt in Baltimore bury themselves in a final ashen spark after the killers of Freddie Gray are to be brought to justice, the memory of this incident will live on. Those flames cast a light on everything we want to ignore about our way of life. They illuminated the disregard that our system has for the invisible. And where that apathy cast its shadow, we saw a darkness that we can no longer ignore. If you are able to peacefully solve the police state problem then please do so. In the absence of any effective peaceful solutions, more desperation and its resulting disorder are inevitable. I welcome all peaceful solutions while recognizing the legitimacy of other methods in extreme cases, and the death of Freddie Gray and many others killed by police are indeed extreme cases.

One final thought I would like to share is this. In the wake of so many police officers caught killing citizens and the sudden trend in prosecutions for the involved officers, pay close attention. I expect that the newly helmed Department of Justice is handing down edicts to local prosecutors and when their hand is revealed, the federal government is likely to make a case for a single centralized federal police force. This is mere speculation, of course. It is hopefully just the case that the events that transpired have forced the hand of those tasked with bringing accountability. In that case, the events in Baltimore were productive means to that end. Only time will tell. In the meantime, the most peaceful way to affect change is the one we advocate every day- FILM THE POLICE!