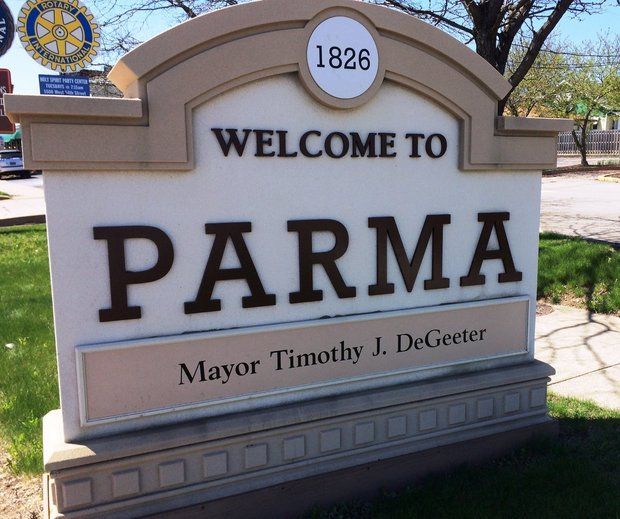 Parma Police had a safety fair Saturday, where they rolled out all their biggest and baddest toys. They brought out the

bearcat, the bomb squad, the helicopter, and the dogs. They fingerprinted children, opened up the justice center to tours, (still no filming inside though!) and had games. But those of us at Greater Cleveland Cop Block, could not let them have all the fun! We had to make sure people got both sides of the story.

That other side is that, while Parma has a good apprehension rate, they still have officers like Manzo and OGrady on the force. Officers who will lie in court, on their reports, and to your face! Officers that value the code of silence of the thin blue line, that permeates police departments everywhere, over people’s rights. Officers who feel they should have the power to “slap people around” when they feel it’s warranted.

People need to understand the police are allowed to lie to you, while lying to them is a crime. People need to realize the mean face of their local police department that accompanies the nice face they put on with fairs like this to get people to trust them. Parma is not a “bad” police department, but they do employ a few guys that I would not want to meet on the streets without having a video camera on me!

A short list of Parma cops that do not fit with the theme of this safety fair, or Parma polices’ own mission statement, is as follows:

The message I have for all cops in the Greater Cleveland Cop Block area is, “If you would betray your oath in order to protect your buddies who break the law, you better quit or retire or whatever, right now! Because if you don’t, you will find yourselves on the Ohio Cop Block Youtube channels that are popping up all over Ohio! We will find you and put all your misdeeds on the internet. I don’t care if you are in Columbus, Canton, Sandusky, Cleveland, Akron, Cincinatti, Dayton, Beaver Creek, Belmont County,  Cuyahoga Falls or where ever! Break the law and we will make you famous!”

“When you put your badges on in the morning, you better remember that Badges Don’t Grant Extra Rights!”

There are far more people who are willing to film cops than there are cops and that number is growing everyday! The more dirty cops we hear about, the more cop blockers you will create!