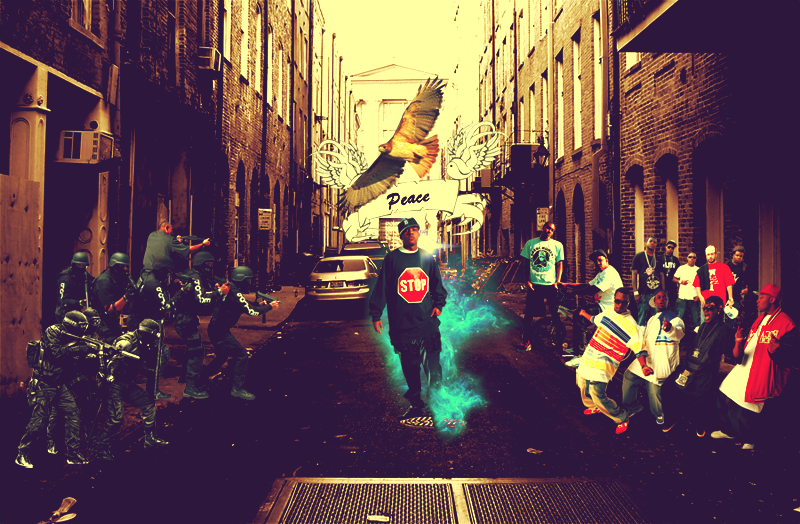 The media is becoming a buzz with breaking news that Baltimore gangs will target police, particularly the bloods and crips, citing a “credible threat” against law enforcement in the area. The Baltimore Suns reports that:

Police said in a statement that they have received information that members of “various gangs” — including the Black Guerrilla Family, the Bloods and the Crips — have “entered into a partnership” to harm police.

“Law enforcement agencies should take appropriate precautions to ensure the safety of their officers,” police said.

Capt. Eric Kowalczyk, the agency’s chief spokesman, said he could not immediately elaborate on how the information was received or why police found it credible. He would not say whether it was believed connected to the ongoing demonstrations regarding the death of Freddie Gray. 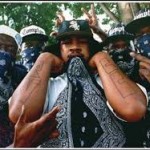 It’s very hard for me to believe any information that solely relies on believing government agents. If the Black Guerrilla Family sent an email, text message or voice mail to the ‘cops’ let the world hear it. Or, since it is 2015, why didn’t they just post a Facebook status, Youtube video or some public statement themselves? Even ISIS can do that and I can remember when Osama Bin Laden was pumping out a video every Wednesday for 10 years. Yeah, so, when I hear, “could not immediately elaborate on how the information was received or why police found it credible” I have no choice but to assume bullshit.

Yet, let’s set all bullshit aside and look at a two very small but important, IMO, facts.

NUMBER ONE
Recently these “gangs” – which pale in comparison to the real gang here – united in a protest to publicly set aside their differences and VIOLENCE to unit against police brutality (see CounterCurrentNews.com post). Yet magically, or conveniently, the mood has shifted to threatening the world’s largest gang, the police state? Please. What’s the goal of that? Or if this threat was credible, why did the police let the cat out of the bag? Could it be that this was merely a cover, distract or justification to fact number two? 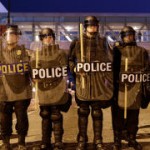 While the media starts to buzz about gangs “taking out” cops, let’s remember that the Governor recently called up as many as 10,000 National Guardsmen to Baltimore. How should the people of Baltimore that are in the streets fighting for the injustice feel about that action? What are those 10,000 people with guns going to do in Baltimore Governor? Add in the week long curfew, militarized officers in the streets, brutal actions of the Baltimore police and one might understand how some might think of making such threats against “police.” I don’t think the 5,000 swat cops and potential 10,000 troops are going to make this situation safer – for anyone.

In typical state fashion the state, as a whole – from the cops, politicians and more – react to a problem with force. While on the other hand claiming, without providing any actual proof, that they’re being ‘credibly’ threatened by a much smaller, less equipped gang is ridiculous.  By merely adding a few buzz words to the media they hoped that if one of these stormtroopers go off and shoots a protestor in the back, they can swoop in, drop some gang colors on them and justify it swiftly.

While you think about this know, it’s also been reported that the first ‘convoy’ of Troops have arrived in Baltimore. Yet, still no proof that the ‘gangs’ have mounted any sort of offensive, against police, whatsoever. Think about that and ask yourself who’s threatening who?