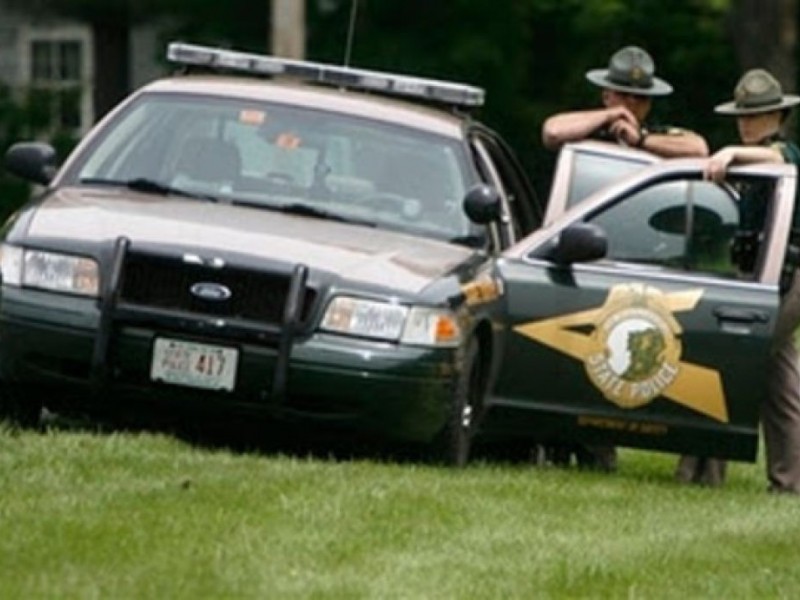 *This story was written by Laura Thompson and sent to CopBlock.org via the submission tab.*

On March 10, 2015, at the annual town meeting in Wentworth, NH, lifelong resident and senior citizen Francis Muzzey motioned to cut the police budget by twenty thousand dollars. He further stated he did not feel current Wentworth Chief of Police Kevin Kane was doing a very good job of managing the police budget. Every witness at the meeting noticed Chief Kane becoming very red faced and agitated when Francis Muzzey said this. While it might not be surprising that the Chief was unhappy with this characterization and this motion, what is surprising is the level of retaliatory police harassment Francis Muzzey has been subjected to since.

On or about March 12,2015, Francis Muzzey answered his door to discover NH State Police Trooper Aaron Comeau on his doorstep. Trooper Comeau advised Francis Muzzey that there was a warrant issued for his arrest, due to his “altercation” with Chief Kane at the recent town meeting, and that Francis had to come with him to the Plymouth, NH PD, where he would be arrested. Francis declined to go anywhere with NH StateTrooper Aaron Comeau, and expressed bewilderment over his pending arrest. He asked to see the warrant of arrest, and was told he would have to pay a fee to see the warrant. Trooper Comeau produced no such warrant at any point during this “visit”. He also advised Francis Muzzey he was not allowed to speak to another life long resident of Wentworth, Noel King, because Noel King was going to be the state’s witness in the court proceedings. Trooper Comeau continued to insist Francis Muzzey had to accompany him in his state cruiser to Plymouth, NH. Francis Muzzey most wisely declined to do so. NH State Trooper Aaron Comeau finally left, mumbling vague threats. 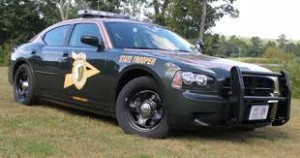 Within a few moments, Noel King knocked on Francis Muzzey’s door. Francis advised him he had just been told not to speak to him. Noel King advised Francis Muzzey that he had no intent to function as a state’s witness to an altercation that never happened. He also expressed great anger with the police for trumping up these charges against Francis Muzzey. Following that, Francis Muzzey called the Grafton County Sheriff”s Department. He related what had happened, told them he had not been involved in any altercation, and asked if the Sheriff had any knowledge of a warrant for his arrest. They did not, and the story appeared to dumbfound them as much as it did Francis.

A few days later, at my suggestion, Francis Muzzey placed the first of many unanswered calls to the NH State Police Professional Standards Unit. Over the course of several days he left several messages, repeatedly requesting someone call him with an explanation of NH State Trooper Aaron Comeau’s actions. Approximately ten days after his initial call, he did receive a call back. They were not helpful.

In the meantime, the harassment continued. The most recent incident occurred yesterday, April 29, 2015. NH State Trooper Aaron Comeau left a voice message for him stating that he, Francis Muzzey, had to surrender to the Plymouth, NH PD, and that he would be arrested. Furthermore, Trooper Comeau told him to bring forty dollars with him for the bail bondsman to procure his Personal Recognizance Bail. When I became aware of this most recent call, I advise Francis Muzzey not to erase it, and sent a friend over to download it to a flash drive. This friend also took a telephoto lens photograph of the number from which this most recent call from NH State Trooper Aaron Comeau originated.

The call was placed from the offices of the Wentworth Police Department. I personally was not surprised.

Francis Muzzey is a good, decent hard working man. He has no criminal record. Every witness at the town meeting saw no altercation, and furthermore do not believe this law abiding seventy odd year old man would engage in anything like that. Remember, he is a life long resident of Wentworth, and well known to its townspeople. It is apparent Francis Muzzey is being harassed because he expressed disapproval of Chief of Police Kevin Kane at the Wentworth Town Meeting. He is being threatened with arrest for an incident that no one saw occur, and which he maintains did not occur. He is being told he cannot view his own warrant of arrest without paying a significant fee.

Why is he being asked to surrender himself to police in Plymouth, NH? Both Wentworth Chief of Police Kevin Kay and NH State Trooper Aaron Comeau know where Francis Muzzey lives. If in fact a warrant of arrest has been issued against him, why has it not been served upon him, fifty days after this alleged “altercation”? It is clear to me, and I hope to you, that NH State Trooper Aaron Comeau is harassing an innocent old man, a senior citizen who dared to exercise his fundamental rights of democracy in the course of a town meeting. And it is equally apparent that Trooper Comeau is doing this in collaboration with or at the request of Wentworth Police Chief Kevin Kay. They intend to harass, frighten, terrorize and intimidate this life long resident of Wentworth out of his First Amendment Rights.

The NH Civil Liberties Union has agreed to take this case, and they have warned Francis Muzzey that it could take them up to sixty days to have a lawyer available to him. They are underfunded, short staffed, and overrun with complaints of this nature. In the mean time, the harassment continues. We need your help. Please, please, please call the Wentworth Police Department at 603-764-5912 and tell them to stop harassing Francis Muzzey. Please call the Director of the NH State Police at 603-223-8813. Tell him to call off his dogs and get his troopers under control. Please mention NH State Trooper Aaron Comeau’s name. Thank you.