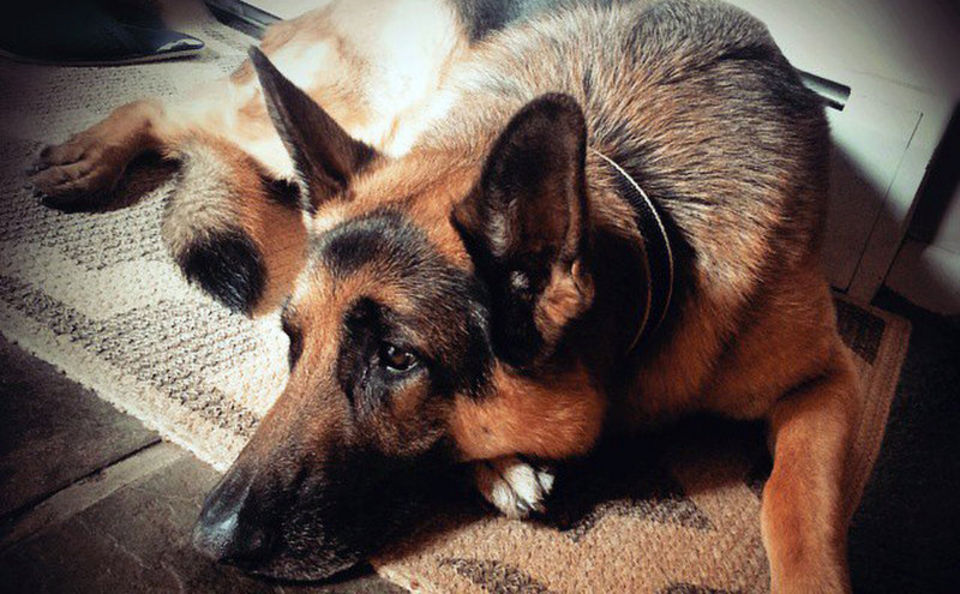 Witnesses are contradicting a Wyckoff, New Jersey police officer’s version of events after he killed a family’s dog Wednesday, when mistakenly going to the wrong address to investigate a burglary.

Police say officers received a report of a possible break-in at 621 Lawlins Road, but responding officer Kyle Ferreira went to 622 Lawlins by mistake.

No one answered the front door, police say, so Ferreira went around back, entered through an unlocked fence gate and spotted an open window.

Police say Ferreira drew his revolver and approached when a growling German shepherd lunged out the window and bit the officer’s foot.

Witnesses, however, are claiming the officer shot Otto from a few feet away in the chest, then “approach[ed] the dog at close range and fire[d] a bullet through his back” after neighbors tried to tell him that [Igor] and Olga Vukobratovic’s home was the wrong house.

Witness Chris Scala of Mahwah said Otto “was not even remotely posing a threat or attacking [Ferreira] in any way” and that he officer fired his gun “in broad daylight at a moving target in a residential neighborhood filled with children, families, and pets.”

Scala added, “Otto was a fantastic, smart, well-behaved dog that never showed an ounce of aggression to anyone.”

Ottos owner, Igor Vukobratovic, says police explained what happened after he returned home from a trip to the mall. He said he wrapped Otto, who was still alive at the time, in a blanket and took him to a veterinarian.

The dog was later transferred to an animal hospital, where he died. The Vukobratovic family had owned Otto for five years, they say.

“He was a protective dog, but there were never any incidents of him attacking anyone,” Igor Vukobratovic said. “I was in shock. I couldn’t believe it. There was blood everywhere.”

It isn’t yet clear whether the officer will be disciplined or if the incident will be reviewed.