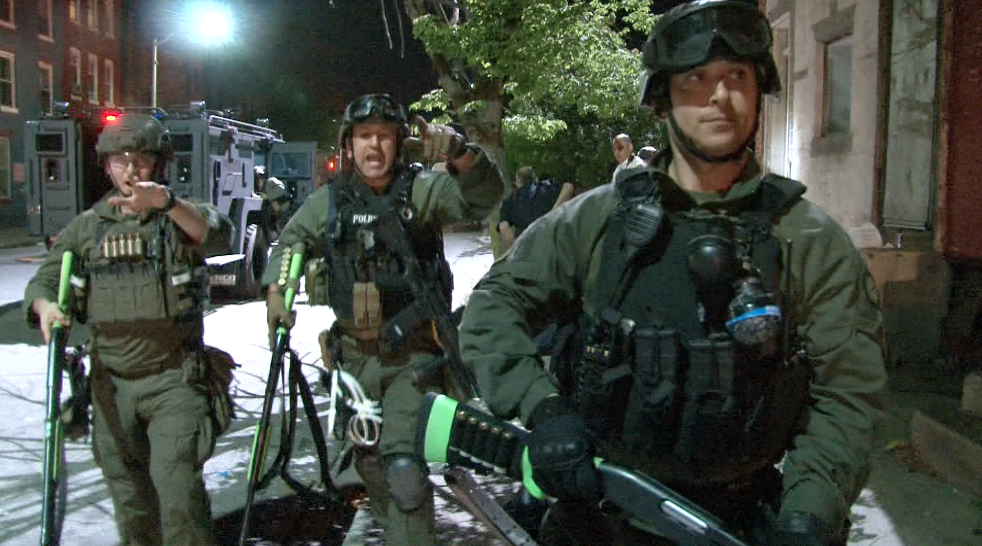 *This post was sent to CopBlock.org via the submission tab by Ford Fischer*

This video was filmed beginning at 10:08 p.m. on May 2, 2015 in Baltimore by News2share credentialed reporters Ford Fischer and Trey Yingst.

It records the events before, during and after the involuntary detainment of Fischer by Baltimore police officers for allegedly breaking the citywide 10:00 pm curfew even though news media were exempt from the curfew.

Prior to the detainment approximately 4 minutes into the video, Fischer is attempting to objectively and safely record the events of the evening.

He remains on the opposite side of the street in order to avoid protesters and to stay out of the way of police.

While filming, he witnesses pepper spray, blunt force, and the threat of submachine guns used against people outside to enforce the curfew. When the police make an arrest, they approach Fischer and ask for his credentials. They are satisfied, and one says out loud “He’s credentialed media” and another officer says “I don’t care.”

At this point, the camera is cut off when Fischer is approached from behind by a Baltimore police officer, forced to the ground and handcuffed.

Fischer is told he was violating curfew and is brought back to the police area to be processed.

At this point, Yingst begins filming. Yingst comes over to take possession of Fischer’s camera and backpack before he was taken to the police station, Yingst asks what the charge was. Twice more, the police say it is a curfew violation despite being credentialed media.

Upon realizing that media are exempt from curfew, the police change the charge to a civil citation for disorderly conduct which carries a $500 fine.

I was released later that night and may choose to pay the fine or stand trial.