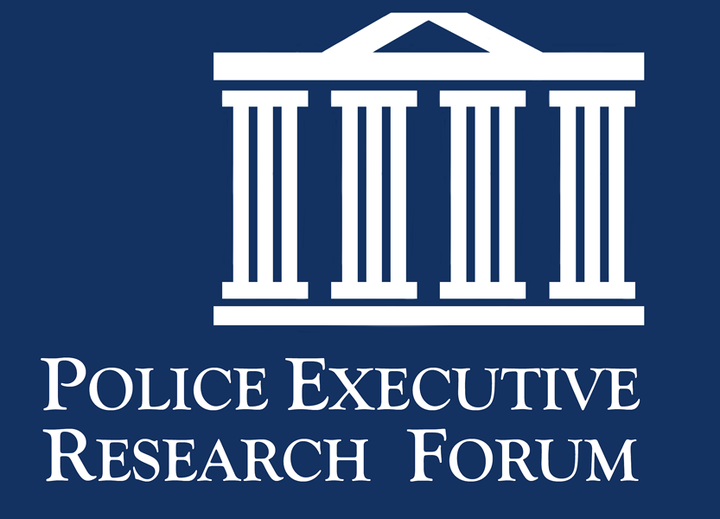 Today during my strolls through the internets endless halls of police-related news I came across articles mentioning the Police Executive Research Forum (PERF), a law enforcement think tank headed by Executive Director Chuck Wexler, who was formerly a Boston Police official. The Washington DC group began in 1976 and Wexler has been leading it since 1993. The non-profit organization is actively internationally and claims to be…

“…a police research and policy organization and a provider of management services, technical assistance, and executive-level education to support law enforcement agencies. PERF helps to improve the delivery of police services through the exercise of strong national leadership; public debate of police and criminal justice issues; and research and policy development.”

Although there is nothing anti-police about his group, police associations and unions nationwide seem to have developed a disdain for this organization and its calls for restraint, transparency and accountability. The first few articles I read seemed to be full of some very sound, reasonable advice.

In this NY Times article, PERF discusses the need to rethink the dogmatic use of the 21 foot rule, which states that police are within their rights to use deadly force on anyone who steps within this ambiguous circumference surrounding them. Wexler and his organization instead call for officers to increase distance, attempt to de-escalate the situation or abandon priority to capture when the suspect is known (and can be apprehended later) or has not committed an offense worth entering a confrontation over. The article also covers other police officials who recognize the growing problem and are calling for a reasonable response, and is well worth the read. Wexler sums up these problems with a simple bit of market analysis.

“People aren’t buying our brand. If it was a product, we’d take it out of the marketplace and re-engineer it. We’ve lost the confidence of the American people.”

In the coming week PERF will meet with hundreds of police officials nationwide in Washington DC in order to discuss new methods of training as well as departmental philosophy and culture. While many police and police critics find his ideas promising, Wexler understands he faces incredible opposition and realizes any changes will come slowly.

“Not everybody’s going to accept it. We’re asking them to rethink in a major way things they have done for 20 years.”

Elsewhere PERF has recently made the news for releasing findings of their studies on policing and policy in the St. Louis area in the wake of the police killing of Michael Brown there last year. The first of these studies found that the alarming amount of policing-for-profit occurring in St. Louis, and elsewhere, is unsustainable and dangerous. Wexler’s group calls for St. Louis and other agencies to stop placing burdens on citizens through the compulsive enforcement of victimless crimes that do more to bolster local revenues than to create peace and harmony in the community. The following passage from his report sums up the problem quite succinctly.

“[An] inappropriate and misguided mission has been thrust upon the police in many communities: the need to generate large sums of revenue for their city governments. This is not the way that policing is done in the United States. PERF has never before encountered what we have seen in parts of St. Louis County. The role of police is to protect the public and to work with local communities to solve problems of crime and disorder — not to harass residents with absurd systems of fines and penalties, mostly for extremely minor offenses. The crisis in many St. Louis County departments is driven by the need to generate more and more revenue to fund the patchwork of dozens of local governments that exist in the county. Especially in small, impoverished municipalities where traditional sources of revenue such as taxes have stagnated or declined, police departments are being pushed into the role of revenue generators for their cities and towns. They are being diverted away from their traditional roles of community guardians and protectors.”

For a second time, I found myself kind of agreeing with this Wexler guy, and not completely hating something so monstrously named as the Police Executive Research Forum. The next article, however, gave me some cause to doubt the totality of my semi-appreciation.

This next article discusses PERF’s studies of the St. Louis situation and their recommendations based on them. The study found that St. Louis area police departments would operate more efficiently through efforts to combine their forces. Wexler recognized the practical problems and consternation of existing departments in enacting such major changes quickly and effectively, but said that a focus on some of these issues could help pave the way while solving some of the most pressing issues. Some of these concerns he listed are:

-Cross-deputizing St. Louis city and county officers to give them flexibility to make arrests and fight crime in either jurisdiction. As Wexler says, “Criminals don’t observe jurisdictional boundaries.”

-Creation of a central data warehouse, run by both the city and the county, to store budgets, crime data, and information on all officer-involved shootings.

The problem with this last set of recommendations is that policing is a community issue with specific local needs, desires and circumstances. Centralizing command would take more power away from local communities in helping shape their policing agencies with regard to their specific democratic will. While the efficiency gained in his suggestions would cut tax-payer costs, they would also threaten local control of policing.

“In a democratic society, people have a say in how they are policed, and people are saying that they are not satisfied with how things are going,” says Sean Whent, chief of police in Oakland, California.

In the past PERF have exposed border patrol activities that instigate armed conflict and made recommendations for the widespread use of officer worn video cameras. They were also discovered to be responsible for assisting police with raids during the Occupy Movement. Their history is a conflicting nest of positive and negative activity and they have drawn praise and criticism from both police and police-critics since their founding by Patrick V. Murphy. While I can appreciate anything that helps to prevent the detentions and deaths of countless Americans every year, I remain skeptical. PERF often comes off sounding like a marketing agency. Their ultimate goal seems to be to save the institution of policing from itself. The existence and necessity of a group like PERF seem to me like a harbinger of the end of traditional policing. A candy-coated death knell of an institution whose methods and purposes are increasingly at odds with human beings, their civil liberties and a prosperous and peaceful society.