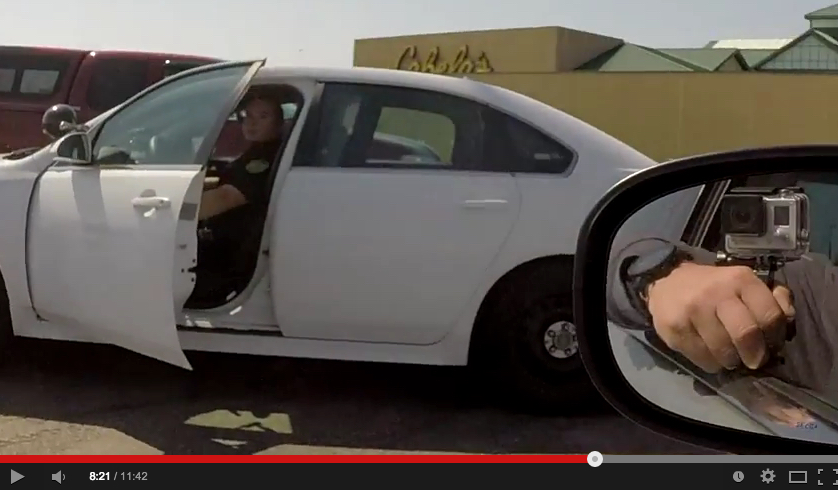 Larry Freeman, founder of Ohio Valley CopBlock, recently caught an unidentified Bethlehem Police Officer speeding down the highway. A similar post was published to CopBlock.org recently but in that case the videographer was unable to contront the law breaking cop. Larry was not only able to chase down the lead footed pig but he also placed a call to the department the cop works for, see video below.

Notice how the officer was semi friendly at the start but once he realized that Larry was there to hold him accountable the door was slammed shut? This is the customer service we’ve come to expect when questioning those who claim to work for us. We all know what would happen if one of us would treat this officer the same way after being pulled over for speeding by him, don’t we? Yet, when it’s the law man breaking the law, it’s merely pushed to the side.

Well things don’t get sweep under the rug when you’re on Ohio Valley CopBlock turf. You see in the conclusion of the video that Larry calls the police department to notify them of the cops hypocritical actions. It’s too early to tell if that will go anywhere, Larry has planned a Call Flood on the department at 11:30 am (Wednesday, May 6th) to help the matter, but he also contacted the local media. They’ve taken an interest in this story since so many speed traps are done on that stretch of road and plan to produce a segment on the topic as well.

So kudo’s to Larry for having the courage to question officers no matter the size of the issue. Whether it be parking illegally, speeding or committing murder the police need to be questioned when they start to show a double standard while enforcing law(s). As the saying goes, “Badges Don’t Grant Extra Rights” and while in Ohio Valley, Larry will make sure of it.

Join his call flood for the Bethlehem Police Department and ask them to hold this unknown officer (plate number 2041) accountable for his actions. Folks will be calling in mass starting at 11:30 am (Wednesday, May 6th, 2015) til 1:30pm. The number to call is 304.233.9527, remember to record your phone calls and to share them via CopBlock.org’s submission tab.