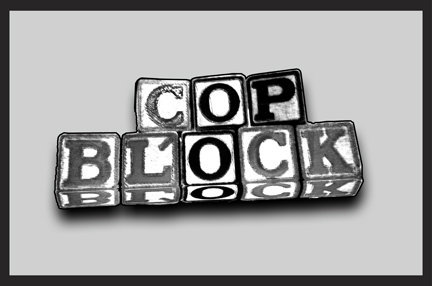 The text below was sent to us via our submission tab from Grace, who thinks:

Police officers are brothers, sisters, wives, husbands, and children. Showing up to traffic stops with signs saying they are harrassing us is just rediculous. I’ve gotten a couple tickets in my life, yea it sucks but its the law. Go do something to help the homeless, donate your time to a womens shelter, help kids who have nothing, or go work at an animal shelter. Saying the police are harrassing citizens, come on. The streets are already dangerous enough without you trying to interfere with them doing their jobs. Do something to better your community which is not standing around with signs protesting the people actually out there trying to protect us.

Grace, let me ask you this. What would you do if I forced your car to the side of the road, demanded your identification, yelled at you for your speed or broken tail light and demanded money from you for the encounter? What if I get eight of my friends to raid your home and search it for whatever we consider to be illegal? What if I also used some more of my friends to force you to pay for my actions? What if I did these things to you? Would you then hold a sign in displeasure outside my office? Or film me while me and my friends did the same to others? What would you do?

What if, by targeting the police, who seem to do any act their told to because ‘it’s their job’, we’re actually making the homeless, batter women and kids who have nothing at all lives better? After all, the homeless are routinely harassed by the police, at times even murdered. Spouses of police officers have a higher rate of domestic abuse than most professions, maybe because of all the guilt/pressure that comes with their jobs. Or by questioning police about victimless crimes and the failed war on drugs, we’re really helping the kids who have nothing. Since their parents where carted off by Drug Task Force and SWAT members – again on your dime -, leaving them with nothing.

I hope to target, highlight and protest policing until the money – and we’re talking BILLIONS  of dollars – that is spent on the police state is allocated to starter programs for the homeless, abused people to leave their abusers and kids who’s parents are addicts. Of course, you’d get to decide what to spend your money on and no one would be able to force you, via taxation, to pay for anything you didn’t want. But what do I know, I’m the disrespectful one who’s harassing people by holding a sign and pointing out the double standard of police today.