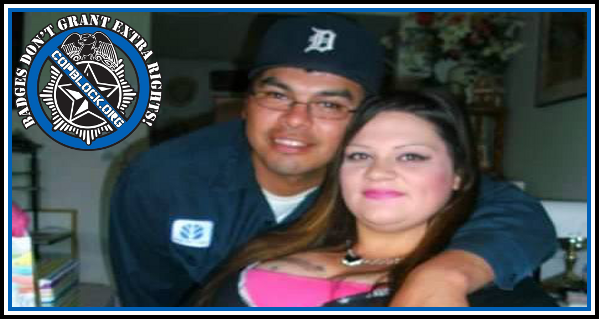 Jose Ceja-Villa was killed by police on January 15, 2015 in Fairfield, CA. Mr. Ceja-Villa had previously been living with his wife Alicia Ceja-Avila and their two children, ages 3 and 4, in Lakeport, CA, for some 6 years. However, in January of 2015, Mr. Ceja-Villa was temporarily separated from Ms. Ceja-Avila and was staying with his mother and brother in Fairfield, CA while he and his wife sought to work out some issues in their marriage.

Ms. Ceja-Avila was not present when the events that led to police involvement occurred, but subsequently learned that in the early morning hours of January 15, her husband, who had a history of depression, became agitated and insisted that he wanted to be with his wife and children in Lakeport. There was a disagreement between Mr. Ceja-Villa and some of his family members about this. In the course of the conversation, Mr. Ceja-Villa expressed or exhibited suicidal ideation to his brother, who grew concerned and called the police, reporting a possible suicide attempt. Police arrived, and according to witnesses, shot Mr. Ceja-Villa 3 times and killed him within 4 minutes of arriving at his mother’s residence.

His wife Alicia has been beset with understandable shock and grief at the unexpected incident. She acknowledged that shortly before they separated, Mr. Ceja-Villa was having some issues with depression, and was trying to work through his problems. “We were going to try to work things out; that was the plan,” she explained. She questions why more reasonable methods were not employed before resorting to deadly force. “I feel there could have been another way to handle this,” said Ms. Ceja-Avila. “The report came through as a suicide call. Why wasn’t there someone to talk him down? This could have been handled differently.” She questioned whether this was a matter of insufficient or poor training.

Unfortunately, Mr. Ceja-Villa’s untimely death is not an isolated incident. On more than several occasions, police have shown themselves to be more interested in subduing suicidal people, with violence and death if necessary, than helping them. For instance, Peter MacFarland was tasered in his home 3 times after allegedly suicidal statements (see here). Other suicidal victims who were killed by police include Jose Calzada, Jason Turk, and Christian Alberto Sierra, among others (more here).

Poor training (or perhaps no training at all, with respect to dealing with suicidal individuals) may be partially to blame, as American policing seems to value enforcement and compliance above safety and human dignity. Police often prioritize forcing a suicidal individual into submission and obedience above actually saving the person’s life. Because, of course, when a person wants to end their life, the most important thing should be to ensure that they obey the law and submit to police authority. With qualified immunity and other legal and systemic protections for police acts of abuse, such killings have gone largely unnoticed and unpunished.

To Ms. Ceja-Avila’s further dismay, early media reports immediately jumped to portray Mr. Ceja-Villa as a violent felon (see here and here). This is not surprising from the mainstream media, which has a tendency to eagerly smear the character of police victims at the expense of justice and common decency. Ms. Ceja-Avila explained that her husband indeed had made a mistake 18 years prior as a youth, and was convicted of a felony. While details surrounding his death continue to remain unclear, the media has latched onto an 18-year-old conviction for illegal possession of a firearm incurred when Mr. Ceja-Villa was only 18 years old.

Mr. Ceja-Villa was 36 years old when he was killed by police. Since his felony conviction, he had maintained full-time employment. He met his wife on Christmas Eve around 10 years ago, and has since been a husband, a father, and a full-time bus driver in his community for the last four and a half years. Ms. Ceja-Avila was hurt to find the first thing she saw in the news was that a “violent felon” had been shot and killed by police. “This is not the way he was at all,” said Ms. Ceja-Avila. “Eighteen years ago, he made a mistake, but that was not the person he was. [The news] did not say anything about Jose having two children and a wife. They portrayed him like a horrible person they had just taken off the streets… They said he was a felon who was convicted of a violent crime.”

Needless to say, the 18-year-old felony conviction is hardly relevant under the circumstances, and is a deliberate attempt by the media to blame the victim. Ms. Ceja-Avila is currently uncertain how to proceed under the circumstances. She understands there may be an investigation underway, and she has contacted an attorney to represent her interests in connection with Jose’s death.

The only thing she knows for certain is that she does not want her husband to be remembered in the biased, cruel, and unsympathetic manner set forth in the media thus far. “I don’t want people to think he’s a gangbanger or a horrible person, because he wasn’t,” she said. “It’s really unfair and it’s unfair to our children – that their dad is being portrayed this way… What he really got in trouble for happened so long ago, and was a mistake.”

Ms. Ceja-Avila explained that every weekend, she and Jose would spend time together with their children hiking, fishing, and engaging in other outdoor activities in the mountains where they live. “There’s not much out here where we live except mountains and a lake, and that’s what we like to do. He was an outdoorsman,” she said. “I just want people to know he wasn’t who they made him out to be. He was a great father and a great guy, and this all could have turned out differently.”