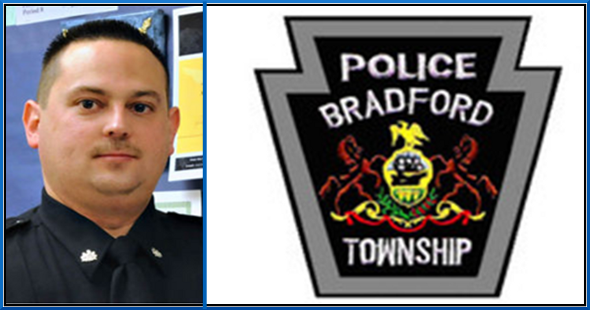 The family of a Pennsylvania “emotional support” student is suing a Bradford Area High School Resource Officer for allegedly handcuffing and pepper spraying their son after he refused to comply with a teacher.

The lawsuit alleges that on March 14, 2014, the student, identified only as 17-year-old T.K., was in his life skills/emotional support class sitting with his head on his desk.

T.K ignored requests from his teacher to sit up and do his work and the teacher asked if he was OK, the suit claims, “because she knew that T.K. sometimes becomes upset or experiences anxiety and needs time away from the rest of the class.”

He did not tell the teacher he was anxious, and she again asked him to do his work, the suit says. After saying he would not, the teacher asked the dean of students to speak with him but T.K. “refused to leave his desk” to meet the administrator.

The dean then entered the classroom and tried to convince T.K. to follow him to his office, the lawsuit says, but the student again refused to comply. At this point the dean moved all of the other students to another room, and Officer Hiel “Butch” Bartlett confronted T.K.

Bartlett claims T.K. began to get aggressive, so he entered the room from the hallway where he had been waiting after the situation “turned into a police issue.” The lawsuit contests that claim and asserts instead that Bartlett entered the room as soon as he arrived and began chastising T.K.

Both parents and officers agree that T.K. was growing more agitated and raised his fist during the incident.

Police say Bartlett pulled out his pepper spray and told T.K. that “he would count to three before using it unless he cooperated, got out of his seat, and went into the hallway.”

When Bartlett got to three, he sprayed the student with pepper spray, “pulled T.K. from his desk and pushed him to the floor, where he held T.K. down for 30 to 40 seconds,” the lawsuit says. T.K. was then handcuffed while on the floor, and taken to Bartlett’s office in the school.

Bartlett claims that “in order to maintain control of the situation and protect the safety of other individuals, [he] followed proper procedure in placing T.K. on the floor and restraining him, so that he would not be a threat to any other persons.”

Bradford Police Chief Chris Lucco defended Bartlett’s actions saying, “after speaking to school administration and staff, the officer’s conduct and use of force was determined to be in line with the police department’s use-of-force policy.”

The families lawsuit is claiming excessive force, false arrest, malicious prosecution, assault and battery and intentional infliction of emotional distress and is asking for both compensatory and punitive damages.

They have agreed to mediation with Bartlett’s legal team that is to be scheduled during the week of June 22.