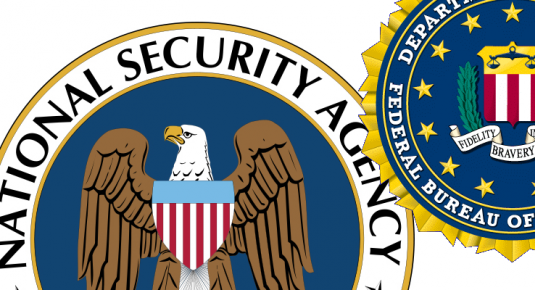 A bill introduced this week in the U.S. House of Representatives would require law enforcement agencies to obtain court-ordered warrants before searching electronic communications of U.S. citizens.

The End Warrantless Surveillance of Americans Act, brought before the House by Congressman Ted Poe (R-TX), Congresswoman Zoe Lofgren (D-CA), and Congressman Thomas Massie (R-KY) Tuesday, would hopefully help curb searches for emails, texts and other data by agencies like the NSA and FBI.

The NSA claims it never targets Americans and only collect U.S. communications “by mistake,” when targeting the electronic communications of terrorism suspects. This data can then be accessed by the FBI and other agencies without a warrant.

According to Lofgren, this process results in the unreasonable search of “tens of thousands” of emails and other communications by the FBI.

“If Congress truly wants to end bulk collections of U.S. persons data, then we must also look at the warrantless surveillance [in this NSA program], Lofgren said. “Failing to do so all but ensures the nation’s spy agencies will continue to violate Americans’ privacy and the Fourth Amendment.”

The bill would also forbid government agencies from mandating or requesting tech companies to build back doors into their devices or software that allows surveillance agencies access to communications.

Unbeknownst to most Americans, The Communications Assistance for Law Enforcement Act (CALEA), passed in 1994 during the Clinton administration, mandated telecommunications carriers and manufacturers of telecommunications equipment modify and design their equipment, facilities, and services to ensure that they have built-in surveillance capabilities, allowing federal agencies to monitor all telephone, broadband internet, and VoIP traffic.

The legislation illuminates the fact that electronic devices have had government backdoors built into them for over 20 years. The FBI was central to CALEA’s creation.

Recent developments in encryption however are stifling spy agencies ability to obtain data with the impunity they once did. The online industry has been working overtime to secure sites and create end-to-end encryption. Google and Apple announced new encryption mechanisms on their devices earlier this year, that will enable only users to unlock their phones.

This safeguard has the FBI worried they won’t get the access they want, and has lead to calls on Congress and the President by FBI Director James Comey and other officials, to change CALEA and force Google and Apple to give the FBI a ‘master key’ that could in essence, unlock and access every telecommunications device in the United States.

“Right now … the government is allowed to snoop and spy on the content of a citizen’s phone calls, texts and emails — all without a warrant,” Representative Ted Poe said. “Failure to address this gaping loophole … leaves the constitutional rights of millions of Americans vulnerable and unprotected.”

The bill mirrors an amendment that the same sponsors tried to add to the USA Freedom Act, a bill aimed at reigning in NSA surveillance derided as a water-downed fraud by privacy advocates. As the House Judiciary Committee approved the USA Freedom Act last week, they voted down the amendment.

“Our Founding Fathers fought and died to stop this kind of warrantless search and seizure, Representative Thomas Massie said. “The End Warrantless Surveillance on Americans Act is an important step toward reasserting the constitutional rights of all Americans. I look forward to continue working on this issue with Congressman Poe and Congresswoman Lofgren.”

RELATED: The FBI’s Ever Increasing Role In Domestic Surveillance