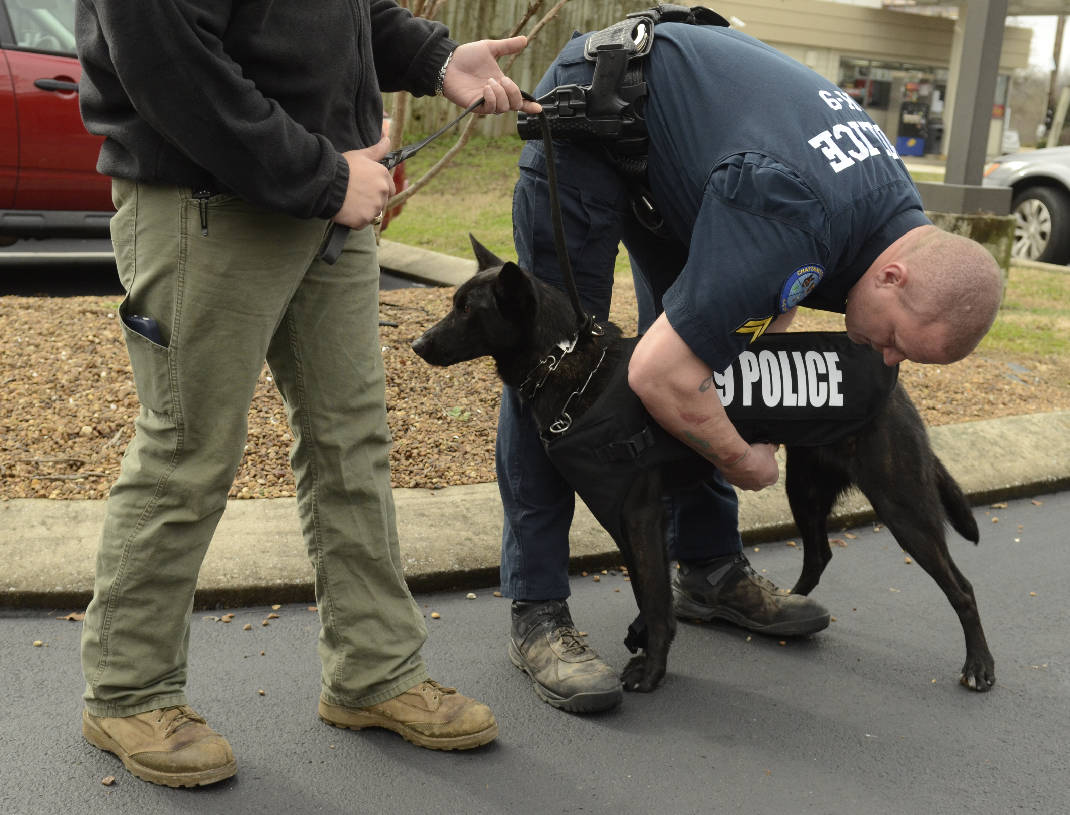 NASHVILLE, Tenn. – Governor Bill Haslam signed Aron’s Law Friday, which was named in honor of a police dog killed in the line of duty 17 years ago.

The law now makes the intentional killing of a police, fire or search and rescue animal a felony offense.

It was named after a Metro canine officer who was killed during a bank robbery in 1998. K9 Aron was shot as he tried to position himself between the suspect and his handler, Metro Officer Terry Burnett. On the surface, this may seem like a good measure for protection and a heartwarming way to honor a fallen police dog, but what happens when a police officer shoots your dog in the state of Tennessee? One family has been fighting legal battles for years over their dog that was killed by a Tennessee police officer in 2003 after they were pulled over and misidentified.

The Smoak family from North Carolina was coming back home from their vacation in Tennessee when they were pulled over by three police officers. After police received 911 calls about money falling out of a station-wagon onto the interstate, they mistakenly identified the Smoak family as robbery suspects. In the video of the incident, police can be seen ordering the family out of the car and handcuffing them as they obediently exit the vehicle with their hands up.

“I have a dog in the car and I don’t want it to jump out, sir.” James Smoak says in the video. A few seconds later, the dog exits the car from the open door and is shot in the head by officer Eric Hall.

It was later discovered that the money falling onto the interstate was from the driver’s wallet that was left on the car roof.

Eric Hall was never punished for the incident and was assigned to “administrative duties.”

Does it seem right that a police officer can get away with shooting a family dog and get no punishment whatsoever? Does it seem right to pass a law that would give police dogs special legal protection but none for the pets that belong to anyone else?

Anyone who doesn’t get the benefit of special treatment under the law that comes with having a badge will face a felony charge for something police get away with all the time and have been getting away with for years. The number of harmless family dogs being shot by police officers who “fear for their safety” is getting so out of hand, it almost makes you wonder if some of them are doing it on purpose.