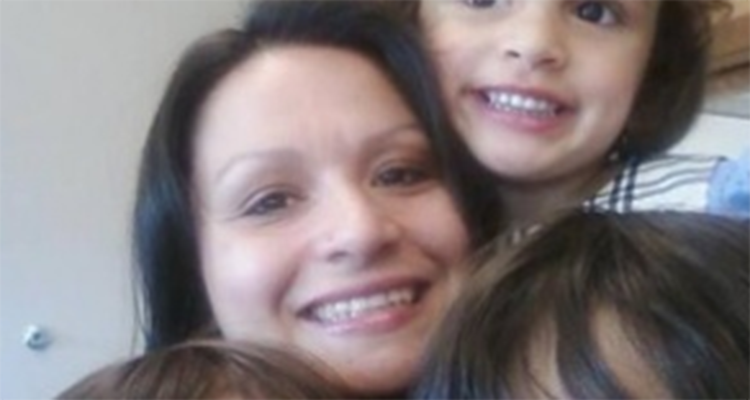 Sandpoint, Idaho – After receiving calls of a pregnant woman holding a knife outside of Bronner General Hospital, police responded, and within 15 seconds of assessing the situation, shot and killed the Jeanetta Riley and her unborn child. Footage starts shortly before police engage Jeanetta. As they approached her they drew their firearms, including one officer with an AR-15. Police then ordered her to “walk over here”, “show me your hands” and “drop the knife”. While you cannot see Jeanetta herself in the footage, you can hear her be uncooperative and loudly yell “No” and “bring it on!”. The next thing you see, with Jeanetta still out of the picture, is the cops back up and open fire on her. The police claim she advanced towards them, but you cannot see that in the footage.

The cops knew that they were dealing with a woman with a knife and came out with guns drawn. No attempt to de-escalate the situation was made in any kind of non lethal manner. If you shoot somebody with an AR-15, you can expect to probably kill them. It is reported that while 2 officers came with guns drawn immediately (Johnson and Valenzuela), Officer Zieglar had the time and the presence of mind to pull his taser out, point it at Jeanetta, put it away, and take out his 9MM handgun. Why he and other officers opted to try something besides killing her, even though they had the opportunity, is unknown.

Jeanetta, a mother of three and pregnant with her fourth, was brought to the hospital by her husband because she had been threatening to kill herself. She had a history of mental health issues and the only threats reported were towards herself. She had also consumed about half a bottle of vodka. None of this information seems to have made it’s way to the police officers, or at least they did not respond as though they were dealing with a drunk, depressed and mentally ill woman. In typical fashion, the cops were cleared of wrong doing with full support from their own department, and we’re expected to believe that these are the actions of honorable, selfless heroes.  Jeanetta was weilding a three and a half inch filet knife, even though Ziegler reported that the knife looked “huge in her hands”.  Valenzuela,  later told detectives he believed the woman was “absolutely gonna thrust at me”; another case of “I feared for my life”. Two trained police officers with guns “feared for their life” from a drunk, depressed, homeless, pregnant woman. It is reported that Jeanetta was 10 feet away from officer Valenzuela at the time that she was killed. Police are, in the case of somebody weilding a knife, supposed to maintain a 21 foot distance from the suspect, so that they can control the situation and that they are out of harms way themselves, which makes sense when you think about how out-gunned somebody with a knife would be. But we clearly see in the video that the cops, instead of creating a perimeter, closed in on her and ordered her to approach them.

Jeanetta’s husband, Shane, Is suing for $1 Million over the death of his unborn child. Seeing as how the police have the backing of the department, it is sadly very unlikely that he will be compensated for his tragic loss.