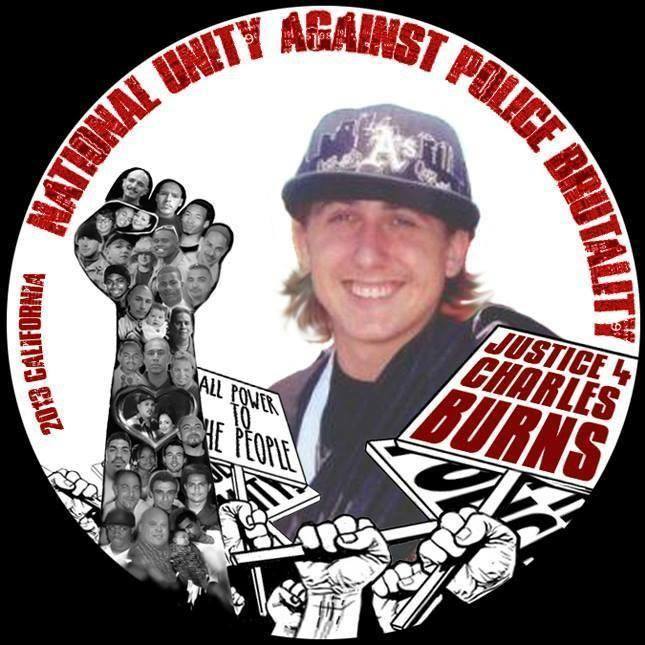 Charles Burns was killed in a hail of bullet fire by police in Antioch, California; a killing his family say was unwarranted, and they are demanding justice. The story provided by his families lawyer differs vastly from that being given by officials, prompting the family to seek damages for the wrongful death, as well collusion between multiple legal agencies who conspired to falsify information. On the day before his 22nd birthday in May 2013, Charles became part of a series of events that led to his death. According to Contra Costa Times:

Burns was shot and killed by members of the Concord Police Department gang unit May 10 while running from officers, after he was a passenger in a car that rammed a police patrol car, according to the Contra Costa District Attorney’s Office, which oversees investigation into all officer-involved killings in the county.

“As he ran into the intersection, Mr. Burns partially turned toward officers while jamming his hands into the front waistband of his pants,” the District Attorney’s Office wrote in a statement released Thursday in response to Johnson’s allegations. “Despite police commands to the contrary, Mr. Burns continued this action, and two officers fired their service weapons.

The District Attorney’s Office then attempted to justify the killing by releasing allegations stemming from an investigation that was conducted by multiple agencies after the murder. Charles’ family and their lawyer say that these allegations are not only false, but were manufactured by officials as part of their cover-up.

“It was later determined that Mr. Burns had a cellphone in his hand and methamphetamine and ecstasy was contained in his waistband,” the statement says. “The search warrant on the residence was executed the next morning. Inside, approximately 1.5 pounds of suspected methamphetamine, a semi-automatic 9 mm handgun and $17,000 in cash were recovered.”

Attorney Peter Johnson, who is representing the family, says all of this is a malicious set of lies created to justify the young mans wrongful death. His explanation of events, if true, paints a damning picture of the killing.

The lawsuit, which names Burns’ parents as plaintiffs along with the driver of the vehicle, identified as Bobby Lawrence of Bay Point, alleges that the officers blocked the two men’s exit from the area with unmarked police cars and pointed guns at them without identifying themselves as law enforcement.

The plaintiffs allege that the police then rammed Lawrence and Burns’ vehicle several times with unmarked police cars before finally identifying themselves as police, and that the reason the two tried to escape was they thought they were being attacked. Once the two men stopped, the suit alleges they were rammed one more time, and then Burns fled from the vehicle into the intersection. Once there, the plaintiffs allege that Burns stopped at the instruction of the police but that five officers opened fire, hitting Burns numerous times including through his skull.

The suit alleges that even after Burns was lifeless on the ground one of the Concord police officers, none of whom have been named publicly and are referred to as “Does” in the complaint, fired a shot into his body “out of pure malice and spite” and that medical aid was not provided.

The legal proceedings are still underway. Charles friends and family reached out to CopBlock.org to share his story, in hopes it would put pressure on the responsible agencies, as well as the courts overseeing the case. To show your support and to get more details go to their Facebook page- Justice For Charles Burns.