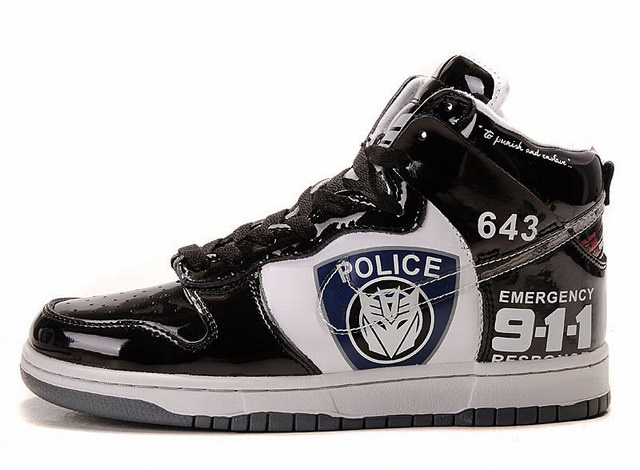 Nike, the company that sells overpriced athletic wear made using ethically devious sweatshops in third world countries, is facing fire after the #blacklivesmatter movement and others are calling their May 13th Police Appreciation Day an insult.

The 1980’s popularity of Michael Jordan helped launched the Nike brand into one of the largest and most recognizable in the world. The Air Jordan line became a huge success, especially in black communities, where basketball was often seen as a potential way of escaping poverty and a life of crime.

The recent killings of young black men, a disproportionate statistical distribution which seems to indicate institutionalized racism, have put many black communities at odds with law enforcement. Now these communities are wondering how a brand they have been so loyal to all these years could ignore their plight and reward police for their actions. While I think that it is a really bad marketing idea, I also don’t really feel too bad for either party. Nike is a company whose moral and ethical landscape and history are littered with human abuse. Celebrating ambiguously an entire profession hardly seems to weigh heavily among those abuses. People should have been boycotting Nike years ago for essentially enslaving children and other laborers of all colors in developing parts of the world, while taking production jobs out of America, just to increase their already massive profits and market shares.

Meanwhile Michael Jordan, the original connective tissue between Nike and their black demographic, is himself no friend to poor black communities. Jordan is a huge contributor to police and has been noted for receiving special treatment because of it. He has also remained woefully silent about police killings while in a position of fame and respect which would afford him a powerful voice in the police accountability movement. The world is often a frightening place full of heavy-handed forces that undermine individuals. It is important not to get distracted by the wrong things. Nike is welcome to appreciate whoever they want, and customers are free to boycott them for it. Yet it may bear some examination in determining the reason they actually deserved to be boycotted to begin with. It is because their products contain unethical production elements, not because they are getting worse at marketing with age.