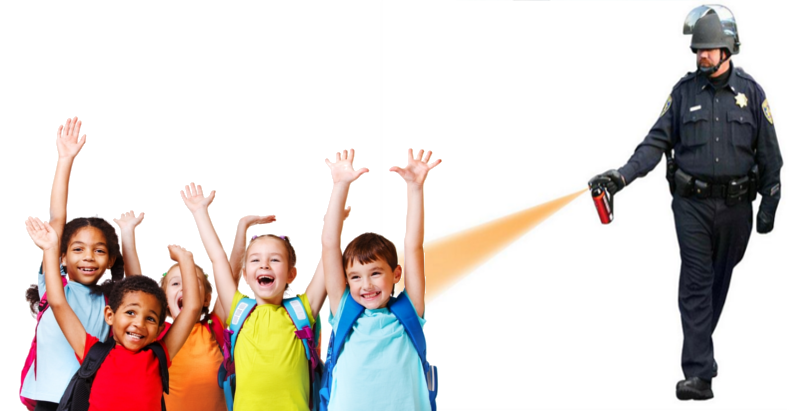 On Wednesday May 13th activists took to the streets of Minneapolis to protest the decision of of a Wisconsin police department who has decided not to press any charges in the highly questionable killing of Tony Robinson by police.

Even though there were no reports of aggression and the protest was peaceful, a police officer sprayed a chemical irritant at a group of protestors, which included a child. Neither the officer nor the irritant have been publicly identified, but the Minneapolis Police Chief has joined protestors and others in questioning the actions of that officer. Chief Janee Harteau has announced a full investigation into the incident.

The child, Dyvonte Clinton, was both injured and traumatized by the incident, according to witnesses and the child’s mother, Susan Montgomery.

“He just starts screaming bloody murder — he couldn’t see, he couldn’t find me. We were laying on the ground trying to get him calm. He was scared, he was hurt. It was very traumatic for him.”

The witnesses also revealed that the cop sprayed not just once, but twice, immediately after jumping out of his car.

A few hours ago I wrote about an Illinois police officer who pepper sprayed some teenagers in handcuffs. I thought that would be the most disturbing case of cops assaulting minors with chemicals that I would read all day. I am almost afraid to read any more news for fear that I will find a case of police tear gassing a maternity ward full of babies. I can hear it now, ‘Those babies were coming right at me, I felt my life was in danger.”