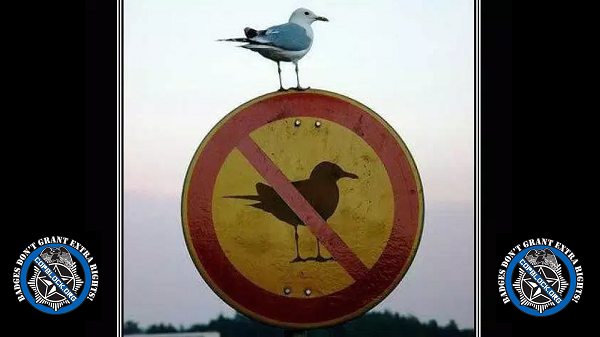 Many years ago I did security at a rock and roll club in a midwest college town. The venue has a long history of hosting metal, punk and other aggressive musical acts. Add in some alcohol and there is always a chance that things will sometimes turn ugly. Not often, but it does happen.

Generally the decision of whether or not a show required a security detail was left up to the promoter or band. Not every show had security and most didn’t need it. Because I also attended many shows there, I began to notice that there always seemed to be more aggressive behavior when there was security. As a security team, we were pretty chill. Nobody was itching for a fight and we often would let things sort themselves out. What I began to discover is that the very presence of a security team instigated natural human defiance.

Many of these shows attracted young men or other men and women of all ages who had a strong defiant streak. Most of the time the aggression of the music was enough to express their defiance. Yet, my observations led me to believe that the presence of watchful, scrutinizing eyes made it more likely that there would be some less acceptable expression of defiance, often in the form of violent aggression.

This is not to say that there were not sometimes just plain assholes. I often saw crowds spontaneously back down these types, or single individuals in the crowd responding to their behavior. As a security person, I often let these natural consequences play out a bit. Not only because it made my eventual job easier, but because the crowd was often less alarmed by security throwing a guy out after they had seen him justly confronted by a fellow audience member.

In fact, before I did security there, I was once that crowd member. At a House of Large Sizes show in 1997 that I attended, I kept seeing this guy intentionally elbowing and pushing this younger couple for no apparent reason. The guy and gal combined would have weighed about the same as this crowd bully. They attempted to move away slowly, but he always followed them. I watched for as long as I could take it and then I told him to stop it immediately. He decided to put his finger in my face and things didn’t go well for him. I didn’t hurt the guy much, but I stole his control from him. In moments, other crowd members were ushering him out and after a few minutes a guy who worked security at the club thanked me for dealing with the asshole. That is how I eventually got the job.

As an official security guy, things didn’t often end so well. Usually, you enraged some jackass as you carried him out of the club, while he and his friends threatened to kill you after the show. When you returned, the crowd eyed you suspiciously and a bit of the shows magic was gone. Official force was always the worst case scenario and was often brought on because its very possibility irritated the natural defiant tendencies of human beings.

Policing is a similar thing. The methods that our society uses to enforce our laws quite often triggers and incites our defiance. Especially when police insert themselves in situations in which that defiance could be expected to occur. In neighborhoods with poor relationships between police and citizens, in public protests and demonstrations, and in many other areas of life, the presence of police may be aggravating the potential of defiance being expressed more often and with more negative outcomes.

Keeping public peace and compulsively enforcing laws are two completely different things. The latter exacerbates the defiance issue by making both criminal behaviors and rejection of those who enforce the laws a sort of challenging taboo to be broken. This is why young men and the poor are most often victims of police abuse, as well as more likely to commit crimes. Youth and masculinity both contain strong elements of defiance as a result of how our society and species has evolved over our long history. Police or laws are helpless to stamp out defiance, but they often inflame it.

It would be preferable that the public protect themselves and one another out of virtue and honor. Justice is a human virtue, not a systematic one. Systems pervert justice and bend it to their own needs and tendencies towards growth. There can be no perfect system and there can be no perfect world. Antisocial behaviors will always arise. It is better that we learn to take responsibility for dealing with them ourselves than empowering an institution to do so.

Institutions themselves become an attractive destination for the anti-social. A war between badged and unbadged anti-social factions in the streets does nothing to protect us or make us free. It merely escalates the worst in humanity and creates a feedback loop of aggression which must continuously grow to survive. Our approach to social problems is outdated and barbaric. Its continuance does more to insure inequality and disharmony than its presence could ever prevent.

The thought of re-engineering our response to these social problems should seem like an exciting task for humanity. Ending the old way of social order promises to open up many new opportunities for human advancement. We need not fear that whatever new methods we develop will empower criminals, but rather that it will disempower the imbalances maintained by the current status quo. The sound you hear in the world right now is the groaning pangs of birth. The old system is begging to be retired. The question is not if, but when and how. Getting together to plan this next stage of humanity in your community is an opportunity to create the new paradigm. Seize that opportunity, for within it, your own defiance has the most positive outlet possible. Creativity.