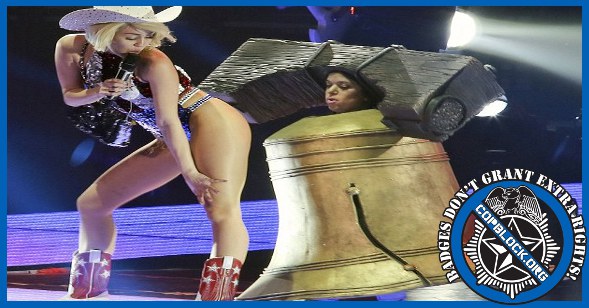 Nearly three weeks ago Joshua published a post titled, “Philadelphia Police Involved in a Shitstorm of Heinous Fuckery” where he describes how six (now former) Philadelphia Police Officers were charged with a number of crimes ranging from animal cruelty to receiving stolen property. Just yesterday the trial of these six thugs concluded with a not guilty verdict according to CBS Philly, which also states:

A federal jury in Philadelphia today returned a not-guilty verdict on all counts for all six former Philadelphia Police narcotics officers charged in a broad corruption case.

The stunning verdict, following seven days of deliberations, was read aloud by the jury foreman: not guilty on each of 26 counts.  All of the defendants were freed — only one, Thomas Liciardello, had been previously detained but the judge ordered him immediately released.

After the last not-guilty verdict was read, audible sighs of relief could be heard, followed by hugs and kisses among family members, prompting the judge to ask for decorum in the courtroom.

The officers in the police department’s elite narcotics squad had been accused of roughing up drug suspects, pocketing seized cash, and lying on police reports to cover up a long series of actions between 2006 and 2010.  One former officer, Jeffrey Walker, has pleaded guilty to official corruption and had been working with federal investigators to build the case against his six former colleagues.

The defense had argued that the government’s case was built around the testimony of about 20 drug dealers and one dirty cop looking for leniency.

Defense attorney Jeff Miller said, “You don’t run with a case when you have a bunch of dirtballs as witnesses.” Even with the help of a cop as the main witness against his fellow officers not a single charge came back with a guilty verdict. Obviously, these cops were involved in some sort of illegal activity. Twenty drug dealers and one cop willing to testify against other cops, with or without leniency, seems like a sure sign that these cops were involved in some sort of “fuckery” – as Joshua put it. We all know cops have been willing to make false statements for others cops but I’ve never seen 20 drug dealers and ONE cop conspire to frame six police officers. It appears the jury saw it the other way, they must have bought the defense’s position that 21 dirtballs were attempting to frame six shitbags. As if any of this matters, all six officers have been replaced already by six new guys who are going to ensure that the fuckery will continue. That is until people demand a better way to provide protection services.

Feel free to share your thoughts in the comments below, via your Facebook page or by submitting your own post. Do you think these cops were guilty? What’s the best alternative people have to the standard policing options today?