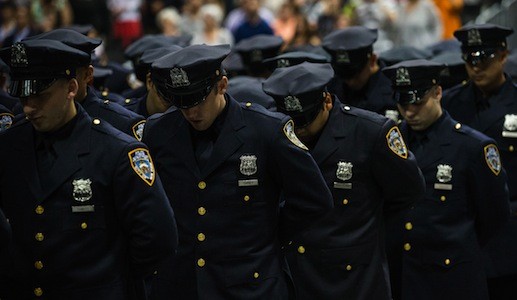 Federal officials say a network of dirty Miami-Dade County police officers and other local cops wrote at least 215 falsified police reports for $200 to $250 a piece – which a local credit repair agency then paid them for, in order to claim their customers were victims of identity theft when they were not.

Prosecutors claim for several years, the agency, ran by Vanessa and Mario Perez, made more than $322,000 by clearing up the blemished credit reports.

Vanessa Perez started working in the credit repair business in 2009 when she incorporated Credit Doctor & Associates and Networth. Later, the woman opened FSM Group and Consolidated Financial Services with her husband Mario.

The false ID theft claims provided the couple’s clients with an official excuse for their bad credit histories so they could get negative items removed from their reports. The Perezes were paid $1,500 by each of their customers for their services.

In turn, the customers could boost their credit scores with reporting agencies in order to obtain credit cards, loans and other financing again.

According to court records, the Perezes obtained the bogus police reports “by paying monetary bribes, directly or indirectly” to the involved officers in the amounts of $200 to $250 for each.

“In addition, they indirectly compensated several complicit police officers who furnished the false reports by repairing the credit of the police officers or a member of the officers’ family,” prosecutor Michael Davis said.

According to a federal indictment, Miami-Dade police officers George Price, 42, and Rafael Duran, 43, have been charged with conspiracy and fraud charges for selling the Perezes many of the falsified criminal reports.

The veteran officers “secretly [used their authority] to enrich [themselves] in exchange for favorable official action,” the indictment says.

Officer Duran, the indictment states, is also accused of writing false reports for himself and a friend before then signing another officer’s name to the documents in order to avoid getting caught.

Two other officers, Richard Muñoz, 45, and Lazaro Fernandez, 40, who worked in the cities of South Miami and Miami, have already pleaded guilty to participating in the scheme. They have each been fired.