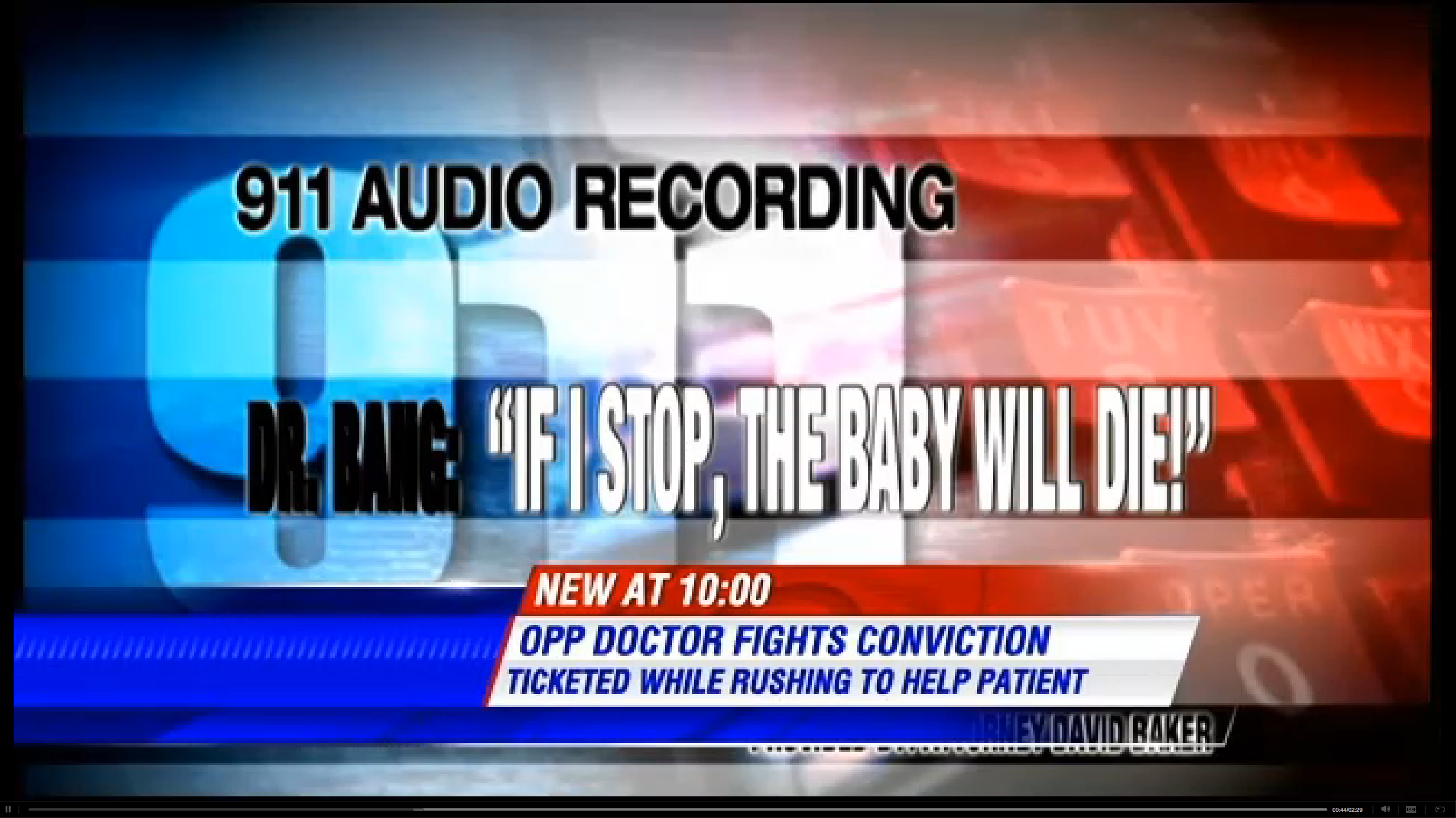 Dr. Bhagwan Bang was at his home in Opp, Alabama on Sept. 8th, 2014, when he received a call about a baby that had stopped breathing and turned blue at the Andalusia Regional Hospital. Having been in this exact situation several times before, he knew that he had just minutes to be there in order to save the baby from life-altering brain damage or even death.

He has been pulled over by police several times previously for emergency medical calls. The police in Opp even gave him a specific route to take any time he had to rush to the hospital for emergency medical situations and was informed to call 911 on his way there any time he needed to get there in a hurry. He followed those exact instructions but ended up getting pulled over anyway.

When he got pulled over, he was on the phone frantically telling the hospital why he couldn’t be there sooner. The police detained him even after he explained to them the situation. They held him for fifteen minutes and threatened to put handcuffs on him but eventually, they let him go.

When the Dr. Bhagwan Bang got to the hospital, he did what he could but unfortunately, the baby died several days later, likely as a result of the doctor being stopped for so long.

Not only did the baby die as a result but the police charged the man with reckless driving along with several other charges even after doctors and nurses gave testimonies in his favor that this was in fact an emergency. The Opp Municipal Court decided that Dr. Bhagwan Bang is guilty of all charges so now he faces losing his driver’s license for 6 months.

Members of the community have started a petition that they will show to the Opp Police Department and Judge Ronnie Penn, the link to that is here.