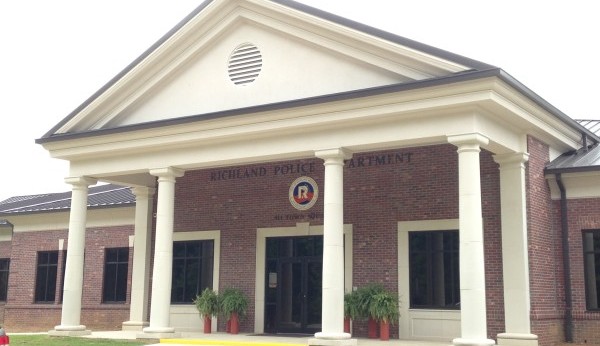 A small Mississippi town of just around 7,033 residents, has built a new $4.1 million police station, equipped with a top-level training center and a fleet of Dodge Charger patrol cars.

Funded solely from civil forfeitures of property and cash seized during traffic stops, officials in the town of Richland, located south of Jackson on I-20 in Rankin County, say they’re not only giving city taxpayers a bargain, but they’re also helping do their part to keep drugs out of the local community.

Civil-asset-forfeiture has become a key revenue generator for state and local law enforcement agencies nationwide. Under federal and state law, citizens can be deprived of their property and cash if police merely allege they are involved in criminal activity – even if no charges are filed against them.

The new training center, which opened last month, is equipped with a target range used by 22 other law enforcement agencies in the area, spacious offices, a courtroom and better security than the old one, local officials say.

“It’s great to be able to say that we built [the station] and built it not only today, but built it for the future with funds that aren’t taxpayer dollars,” Richland Mayor Mark Scarborough said. “That frees us up huge with the rest of the city. Every other department benefits from the drug seizure deal.”

Legislative counsel for the libertarian Institute for Justice, Lee McGrath says, “In Mississippi and across the United States, the American people believe a person is innocent until proven guilty. And so should his property. Forfeiture is contrary to that.”

“The American people believe in a separation of power between the legislative branch and the executive branch,” McGrath says. “Forfeiture is contrary to that as well. Forfeiture gives law enforcement and other members of the executive branch the sword and the purse. When those two combine, there is a high probability of corruption.”

The Institute for Justice rates Mississippi a D-plus for its laws on civil forfeiture. The state needs only a preponderance of evidence that the property is related to a crime, a lower standard than the beyond-a-reasonable-doubt standard required for a criminal conviction.

McGrath says property owners in Mississippi can be acquitted in a criminal proceeding, but still lose their property since those claims are contested in civil court, where the burden of proof is on the property owner to prove their innocence, not the state, to prove their guilt.

Mississippi also doesn’t require police to collect or report data on forfeiture use or proceeds.