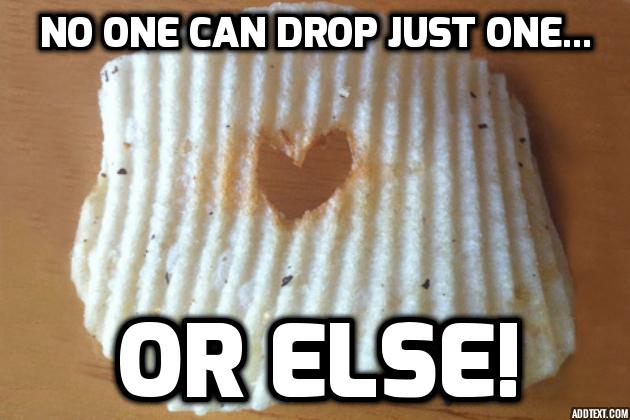 A man in Tulsa was standing on a sidewalk eating potato chips while police questioned others nearby. The man drops a single chip and police react with pepper spray and a taser for egregious crime of littering with intent to snack.

The man is approached first by one officer, who in just a matter of moments and with no apparent reason, pepper sprays the man directly in the face. As the man struggles with the pain, he takes a few steps away, although his hands are safely in sight. This does not stop the second officer, who appears a moment later, from using his taser on the bewitching snackster.

The use of ‘non-lethal’ weapons in non-emergency situations is a continuing problem that seems to be escalating. Either that, or enough cameras are now rolling to catch this abhorrent routine spectacle on a regular basis. Whatever the case may be, stun guns and chemical irritants are all to often engaged not in the name of safety or justice, but as a tool of badged bullies with special permission to use them recklessly.